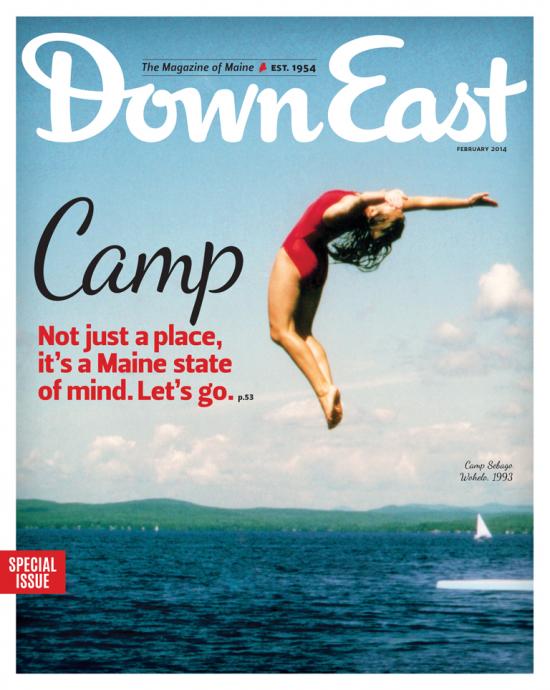 In the February, 2014 issue of DownEast Magazine there’s a big article on the military veterans that attended the fall, 2013 Wilderness Bushcraft Semester. The article focuses on their transition from active duty to civilian life. There’s a bunch of stuff on Jack Mountain, such as the quotation below, but the focus is squarely on the experience of the veterans on the course.

“All those car companies… want you to look at this thing that weighs a few thousand pounds, this expensive thing you have to repair and put gas in, and they want you to equate that with freedom. But this here?” He patted the gunwale of one of the canoes. “This, my friends, is real freedom.”

I’ve spoken with several of the guys who were on the course and they really enjoyed it.
Read the article: The Survivors.
Cut and paste link: http://www.downeast.com/survivors/

Previous: To Know The Magic Of Winter, Work First