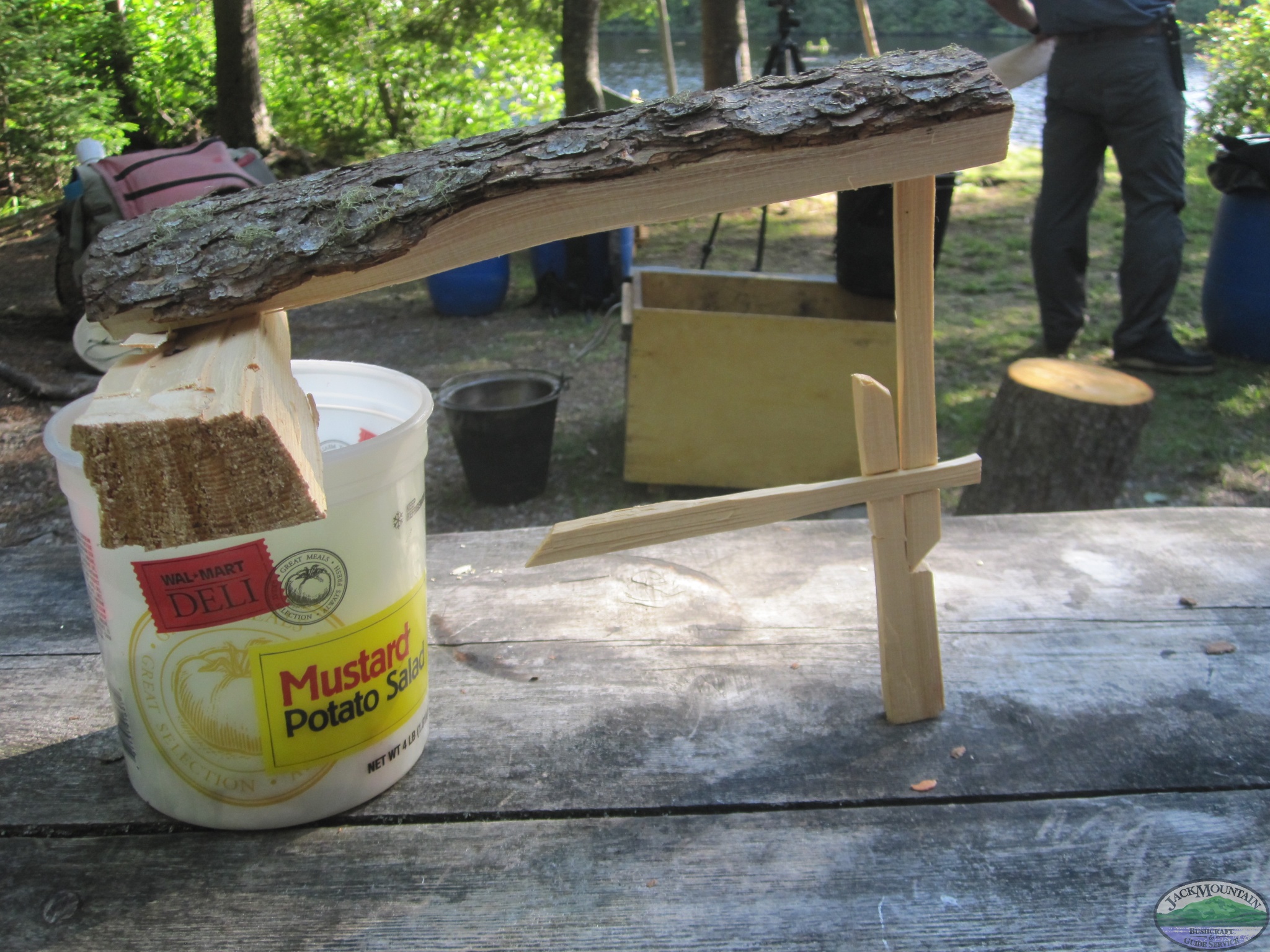 I’m at the field school for the next week running the Winter Woodsman course. One of the things that we cover during the week is making a few different deadfall traps. I’ve searched for forty years for that perfectly rectangular rock that’s depicted in deadfall line drawings in survival books. I’m convinced it doesn’t exist.  There’s a lot of bad information on deadfalls that keeps getting passed on. Because they’re illegal almost everywhere, it’s hard to test them in real-world situations. And if you are doing this, it’s a bad idea to write about it or you might get a visit from your neighborhood game warden.

I won’t comment on if I’ve ever used these illegal traps. I will say that when studying them, you’re better off looking at old anthropological texts than modern books on survival.

I don’t like the figure 4 trap. And I don’t like people spreading the falsehood that it was universally known and used.  Field research in the north says it wasn’t known or used.

Nowhere among the northern tribes whom I have visited have I come across any of the following features or types of deadfalls: the flat stone (instead of fall log) to crush the trapped animal, the nearest approach to this being the rock-weighted shoulder; heavy staking or platform fall (instead of fall log), such as is found in the Northwest Coast region and many other parts of the world; the double or multiple fall log, such as occurs in the deadfalls pictured and described by Wied, Lloyd and others; trigger release by a trip string, instead of a tread bar or other wooden device; the true figure-4 trigger…

As regards the figure-4 trigger in particular, I have never come across any trace of it among the northern Indians with whom I am familiar.  Specific inquiries were not in most cases made, but, if it had been present, it would almost certainly have been mentioned in the scores of long sessions on trapping had during these last several years.  Intensive inquiries on the point made in 1936 among the Tonawanda Seneca and in 1937 among the northern, central and southern Tetes de Boule brought from all informants only negative replies; they had never even heard of the figure-4 trigger.

Previous: It’s Always The Man In The Arena

Next: Aroostook river at the field school