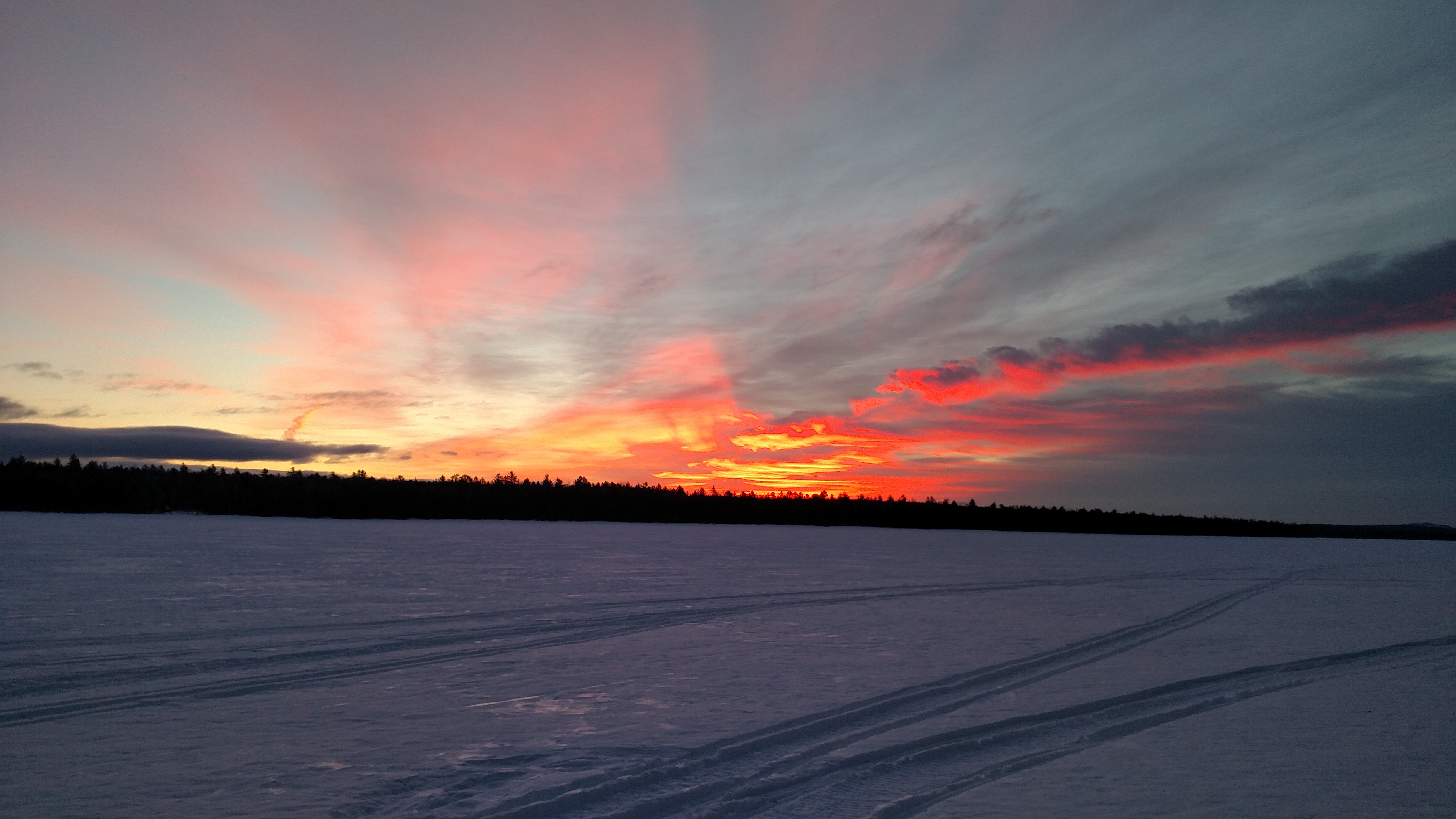 I’ve been taking time out of each day this winter to snowshoe on some of the local trails. It’s good exercise and keeps the cabin fever at bay. It’s also where I’ve been doing most of my thinking about course curriculums for the upcoming year. Being out in the woods by yourself on a crisp winter day is an experience I’ve had trouble describing until this morning.

Over the holidays I was given a collection of essays by Tim Cahill, one of the founders of Outside magazine. In one titled “The Marquesas; Beauty, Terror And Sublime Seclusion” he describes “Nuka Hiva”, a Polynesian island “that bombards the sense, numbing the mind with it’s constant and unrelenting beauty.” That phrase struck me, and I think it’s a good way to describe a lot of the places we see on our courses in the spring, summer, and fall. The contrast of that in colder months is also why being out for a few days, or weeks at a time in the winter is such a powerful experience. In other seasons the things you experience can be almost overwhelming, simply because of the sheer number of those experiences. It’s a lot to process and becomes humbling when you realize how little you know about what’s going on in the woods at that moment.

Winter can seem to be the reverse. It’s visually stark, the woods are quiet, and animals are hunkered down most of the time. That makes the moment you see or hear them so much more palpable. A snowshoe hare that you’d swear wasn’t there a moment ago suddenly appears and startles you, or an owl calls and it’s the only sound you’ve heard in the last hour other than your own footsteps. A favorite memory from last years’ Boreal Snowshoe Expedition is walking out to gather firewood and, while lost in my own thoughts, flushing a ruffed grouse from under the boughs of a fir tree. The sound of that bird taking off seemed like a jet engine when paired with the relative quiet of the woods. Seeing the contrast in seasonal experiences bring a fuller understanding and appreciation of the environment you take part in and it’s a part of being outdoors that I’ll look forward to noticing every year going forward.

Next: Permaculture And Homesteading At The Jack Mountain Field School In 2018