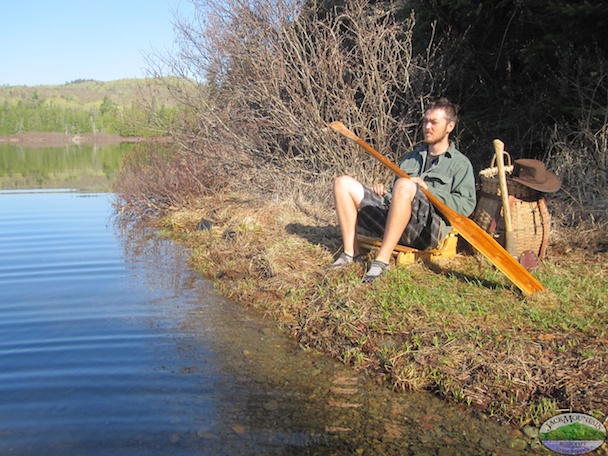 Humans are social animals. Put two of us together and we’ll talk and talk, even if there’s nothing useful to say. I believe a small part of this is human nature. We’re social animals, and verbal communication is a foundational principle of how we organize in groups. But I think the vast majority of this trait is cultural. It’s learned from the culture we’re raised in.

It would be wise for us to learn a lesson from hunting cultures for our time outdoors. It’s called the hunters silence. I’ve spent time with the Cree in northern Quebec, and the cultural differences are evident. Where our standard is to talk, even if nothing is gained from the conversation (discussing movies, popular culture, Kardashians, who’s your favorite tv survival star, etc.), theirs is to be quiet and observe. Even in groups. This isn’t to say that they’re always quiet. They can be as loud and boisterous as anyone else. But the difference is that they’re not always this way. The default, when outside, is quiet.

Practice being quiet.
First train yourself to be silent when in the woods, even when with a group. This will eventually lead you to silencing your own internal chatter as you develop the ability to pay attention to the world around you.

When you become proficient at being quiet and paying attention to the world around you, you’re done.

On expeditions, sometimes we have quiet mornings or quiet days, where we agree to not talk for a length of time. These are often the most powerful and lasting experiences of the trip for people. It allows participants to stop focusing on the dynamics of the conversation and planning what they’re going to say next and just be. If you’ve never tried it, I highly recommend it.

Next: New Kids Program: School Of The Forest