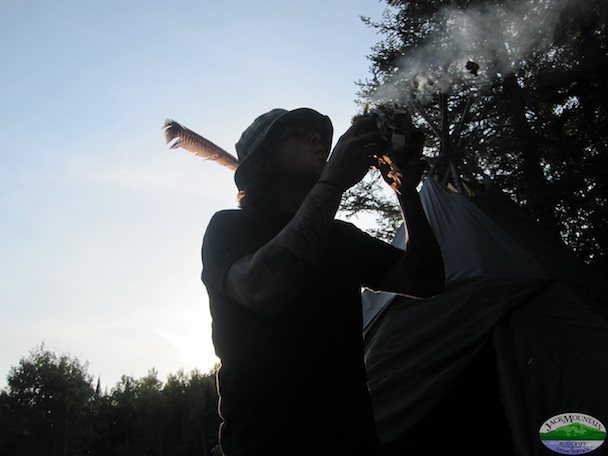 The 2015 Woodsman course is full and registration is closed.  We’ve received numerous inquiries, so we’re opening another week long course in August.  There’s been a two year gap since we’ve ran the Bushman Course, a primitive skills and primitive survival intensive, but we’ve got it on the calendar for August 8-15.  If you’re looking for a low-tech, high-skill experience you’ll want to check it out.

The term primitive is often used to mean inferior or worst, but this isn’t accurate. The word is derived from the Latin word primus, which means first or original.  Thus primitive skills are the first or original skills. They’re what allowed our species to prosper during that long period of prehistory leading up to the development of smart phones and disco music.  They don’t require fancy gear, and they’re as effective now as they were in 15,000 BC. In addition to being great survival and remote, infrastructure-free living skills, they’re also fun!

And before you email me asking how it’s different than the Woodsman course, allow me to explain.  The Woodsman course is all about practical strategies for living in the forest; learning how to be at home in the north woods with minimal gear.  The Bushman course seeks to achieve the same goal of making you at home in the forest, but using the absolute minimum of modern gear (knife, metal pot) to do so. For example, in the Woodsman course we build pot suspension systems and hang pots to cook. In the Bushman, we coal burn wooden bowls and boil in them using hot rocks.

As always, if you have any comments on this we’d love to hear them.

Next: Cutting the bevel on a crooked knife in progress