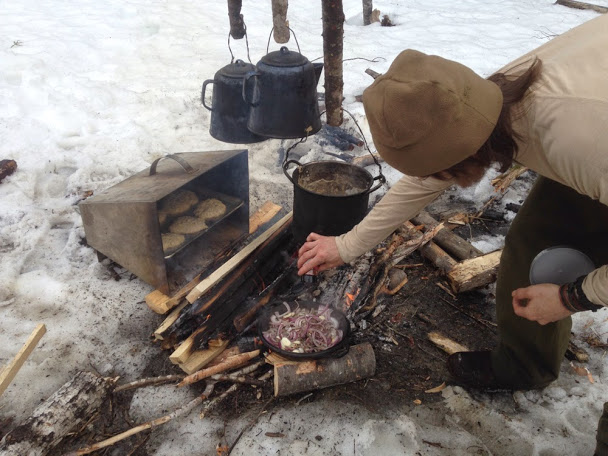 The new breed of bushcraft and survival social media celebrities, the ones with the popular channels, large followings, etc., seem to not know what they’re doing. The old rule of ‘fake it until you make it’ is as common as ever, but it’s new iteration, taken directly from their mouths seems to be ‘pay attention and we will learn together’. They lack experience and know-how, but are deep on the skills of self-promotion.

I find this this disturbing, if only because, as a group, they pass along some horrible information and are misinforming the next generation of outdoors people. I don’t think a bunch of people will die as a result (the whole ‘survival’ thing is way overblown and there is no data to support it), but I do think what is being put forth as knowledge is littered with more holes than a wheel of swiss cheese. As a result, bad ideas are passed along and depth of knowledge is dying.

This isn’t the audience’s fault. For generations our culture has erroneously taught us that celebrity was a form of meritocracy, that if you were the best at something the world would find out and respect you for it. Build a better mousetrap and the world will beat a path to your door, etc. But these days it seems the equation has shifted to ‘make a lot of noise about mousetraps and relentlessly promote yourself and you will (hopefully) eventually learn how to build one, but the world will think that you do because you fake it well and sell yourself exceptionally well’.

I don’t blame the people doing it either. It’s a natural human desire to crave attention and recognition, to say nothing of the fact that there is a lot of money involved. But the whole idea behind the instant expert is false; it takes years of experience and study to gain an elite level of knowledge and skill. In any field.

It would be easy to dismiss this post as either jealousy or me becoming a cranky old man. I’m not jealous of their notoriety and am happy with the amount of followers (subscribers, likers, etc.) we have. My goal has never been to compete in the ‘bushcraft flavor of the week’ competition. I also assure you that I AM becoming a cranky old man. But neither of these are my motivation for this post. I’ve been back on the grid for a week and have already seen a bunch of bad information on canoes, axes, fire and shelter in that short time. I can only imagine the garbage that a young person with a keen interest is subjected to in their quest for knowledge.

I’ve said for years to be careful where you get your information. Ten years ago I saw a problem with people copying horrible ideas from survival television. These days the problem is worse, but with youtube and other social media being the mediums of distribution.

So to update my 2007 post, for 2016 I encourage you to be very careful where you get your information. As my friend and fellow Registered Maine Guide Jen Reis says, “Noisy rivers never run deep.” Don’t confuse more subscribers (followers, page views, etc.) with more knowledge or experience.

Previous: Foraging for juneberries on the shore of the pond

Next: Heaven Or Rust Pond, Not Sure Which. Maybe Both.