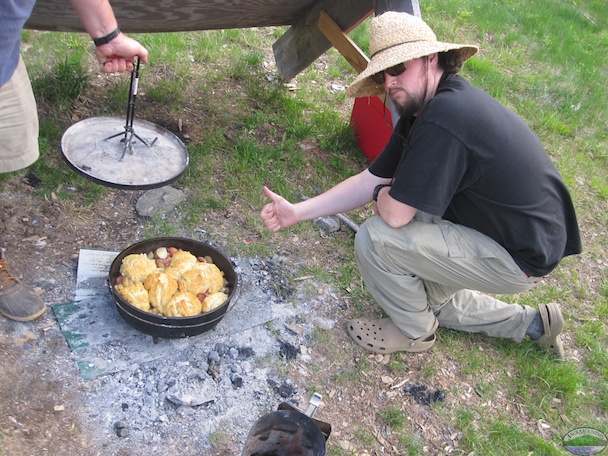 Outdoor cooking, new recipes, and other ideas on feeding yourself and others miles from a kitchen. 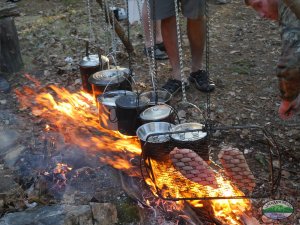 On a recent overnight on trail for the 2019 “Riverman” program, I got to thinking about how great food always tastes in the bush, and mentally waxing philosophical about why that is. There are obvious factors, like working physically hard all day and building up and appetite, or that it’s just a pavlovian effect [...] 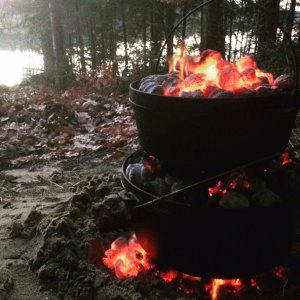 Years ago I found a copy of the book Cooking Without Fuel that described a common appliance of 1900 that functioned much like a modern cooler. The idea was that you cook food until it boils, then put it in an insulated container which will maintain the heat and allow it to continue to cook, [...] 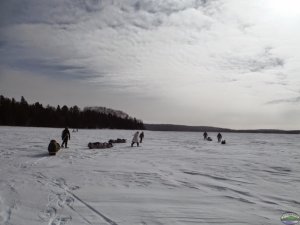 Healthy Homemade Snack For Life In Bitter Cold Winter has just started to arrive here in northern New England, but it will be in full force soon. I have the good fortune of a busy winter schedule including spending four weeks guiding snowshoe expeditions (2 x 2-week trips) from late January through early March. That’s a [...] 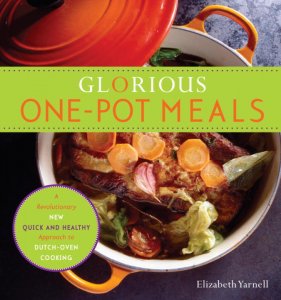 I’ve never had trouble making big dutch oven meals. At the field school I routinely cook for 10-20 people, and after years of doing so I’m usually pretty pleased with how things turn out. Scaling things down, to the point where I’m dutch oven cooking for 1 or 2 adults, is something I haven’t done [...] 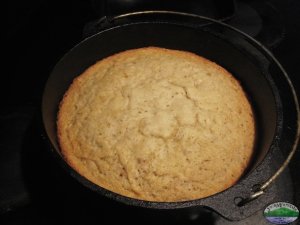 Home with my kids today and my five-year-old said she wanted something sweet.  I haven’t baked a sourdough cake in the dutch oven for a while, so I decided to mix it up, figuratively and literally.  Behold the Sourdough Oatmeal Quick Cake; quick to mix (3-5 minutes), an hour to bake. I started with some [...] 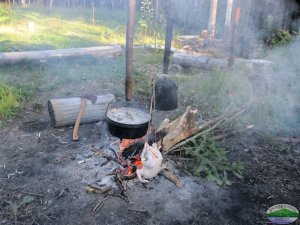 I cook with cast iron daily, and have a bunch of it at our field school for students to use. There are many good reasons why I think cast iron is superior cookware, both at home and on the campfire. And with all those benefits comes one major drawback; disposable cleaning and upkeep products. When [...] 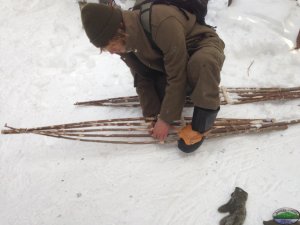 This guest post is by Jerell Friesen, pictured in the photo above adjusting an improvised snowshoe during the 38 days described in the post. You can download a pdf with graphics by clicking here. What I Did: During the 38 day period between February 2nd and March 8th 2013 I dedicated myself to a two [...] 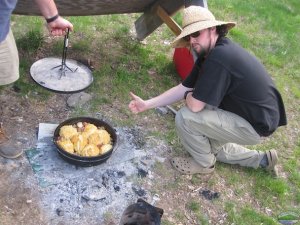 During the bitter cold of our winter snowshoe expedition this year, several members of our group were eating over 5000 calories a day in order to keep their internal furnaces stoked. It got me thinking about making an expedition cake that was calorie-dense and nutrient-rich that I could make in advance of winter trips to [...]

After  describing the turkey on the last post, I felt obligated to post a shot of it when it was done.  Ingredients: half a stick of butter, a bottle of beer, an onion, some carrots and celerty, salt, pepper, and half of a 12 pound turkey in a 12 inch dutch oven.  325 degrees for [...]

Eating Well Outdoors Or In

My son told me he liked cornbread last week, so we came up with a simple recipe we made together for a sourdough cornbread baked in a 10.5” square cast iron skillet.  It differs from our old cornbread recipe because it uses eggs and milk (our old recipe uses no perishable ingredients), so we’re calling [...]

I’ve got a couple of jugs of wine bubbling away and wanted to share another fermentation project I’ve got on the go; cheap and simple hard cider. I just started this the other day so it will be done in time for the holidays. While there are lots of books and websites with a lot [...]

A friend recently went on a fishing trip to Manitoba’s Big Sand Lake. This monster was the second biggest trout he caught there. Notice the Jack Mountain hat.  Some people are lucky when they fish.  Others work hard for what they get.  This fish, and his large cousin caught the following day, were the result [...]

Eating acorns is a hot topic these days as I’ve gotten several questions about it.  If you haven’t read it, check out this page for a great essay written by my friend Dan Fisher.  He explains how he does it, and i chime it at the end with a short blurb. To answer some recently-posed [...]

Our new sourdough cookbook is finished and back from the publisher. It has all the sourdough recipes we use on our trips, as well as recipes for simple baking powder breads, easy pie crusts, bannock, and more. Unlike other sourdough cookbooks, our recipes have no perishable ingredients that you probably won’t have with you on [...]

Knowledge of identification, harvesting, processing and use of edible, medicinal and otherwise useful plants makes up a vast amount of practical and intellectual knowledge that was highly valued by cultures living off the bounty of the land. In our modern culture, where many people can’t identify the trees in their yard or the ones they [...]