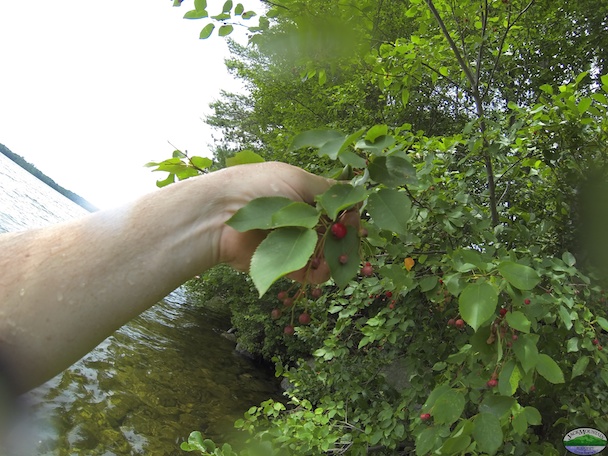 Today we’re running the third of three wild food walks, and will be heading to a nearby wetland at the top of its drainage to harvest cattails and other wetland species. The walks have been a lot of fun, and we’re right in the thick of the foraging season.

I’ve spent several afternoons with my kids picking and eating juneberries (see photo above, Amelanchier species) along the lake as we swam and waded. My daughter can’t get enough of them. We’re also just about into blueberry season, at least here in NH. We recently had company, and while they were here I cooked up a pot of freshwater mussels much to their amazement. Yes, those freshwater mussels are edible! There are a lot of wild edible foods available in the summer, so get out and try some!

This is the first year in a while we’ve offered half-day edible plant walks, and they’ve been well received. We’re sure to offer more in the future.

Next: First Learn How-To, Then Why