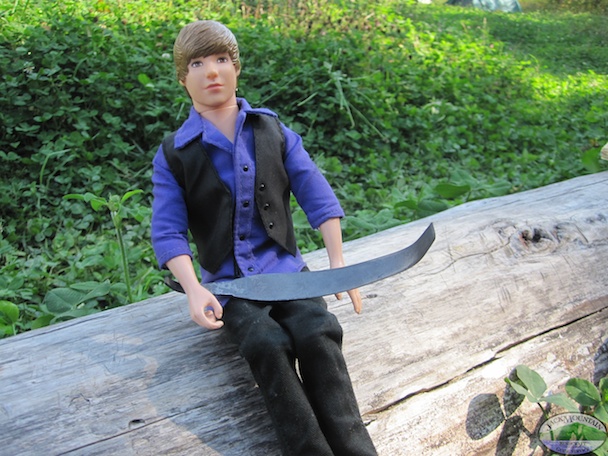 When I was a kid, I spent a lot of time playing street hockey during the warm seasons and pond hockey during the frozen one. As we were in New Hampshire, we all wanted to be players from the Boston Bruins. My brother would usually pretend he was Bobby Orr. I always liked the scrappy players, so I used to yell, “I’m Bobby Schmautz!”, and the other guys would claim who they were. We were kids, it was fun, and in true 1970’s hockey fashion many of the games ended with a fist fight.

But that mindset of copying your heros can become a pathology when you’re all grown up. A quick glance at bushcraft on YouTube shows you a lot of people who immitate the survival tv flavor of the week. They fashion-draft their clothing and copy their mannerisms, looking for validation and more views by associating with current trends and celebrities. I’m not a fan of such immitation.

A guy from outside of Boston named Emerson from a while back had some cogent words on being yourself:

Insist on yourself; never imitate. Your own gift you can present every moment with the cumulative force of a whole life’s cultivation; but of the adopted talent of another you have only an extemporaneous half possession. That which each can do best, none but his Maker can teach him.

Being yourself and encouraging others to do so as well is especially important when working with young people. It’s more challenging because the media promotes a culture of celebrity worship by idealizing them. I make it a point to ask kids what THEY think about something, and let them know that I don’t care what someone else said about it.

So here’s to bucking trends and defying convention. Be yourself, don’t imitate. And you can count on me to be myself. Unless I’m being Bobby Schmautz.

Previous: There’s Only One Masardis

Next: Goodbye To Our 41 Acre Field School