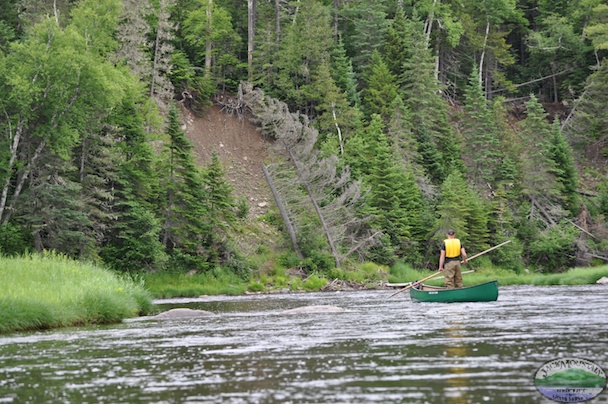 For a year in the mid-2000’s we ran a small online store. It was never our desire to make the Cabela’s brothers nervous, but selling a few items that were of use to our students seemed like a good idea at the time. It worked out well, but there was one issue that made us stop doing it; travel.

In several conspicuous places on the store site we notified potential customers that we’re away from the web for weeks at a time on expeditions, sometimes longer. In those instances, they wouldn’t hear from us, we wouldn’t be answering emails, and we wouldn’t be shipping anything. It was the digital equivalent of the old “gone fishing” sign hung on the door. It seemed very clear to us. Not so much with customers.

One particular incident stands out in my memory. We were gone on a 14-day Allagash canoe trip. The day after we left, a person ordered something. Each day thereafter, they emailed to check on the status of their order. They grew more and more upset, and began threatening us with bad reviews, legal action, etc. Of course I saw none of this because I was on the river. When I returned we got everything except their anger straightened out.

I don’t fault the customer for this. They had just been conditioned to instant feedback by the modern world. However it did leave me less than enthusiastic about running an online store, so we closed up shop.

In late January I wrote that we had a few more oilskin caps made up, and a bunch of people expressed interest. Then I left on our 14-day Boreal Snowshoe Expedition. Upon returning home, I was immediately gone again for several weeks on another trip. The result is that none of the hats were shipped. When I returned home, I was pulled in a bunch of different directions and the hats were put on the back burner again.

But the solution is at hand. Yesterday I handed off all packing and shipping duties to my wife, and the first hat will be shipped today. I’m not passing blame for not getting this done. It’s all on me. My apologies for taking so long.

Next: Wolfeboro bay and town docks on March 28th, from the Upper Deck bar.  I stepped…