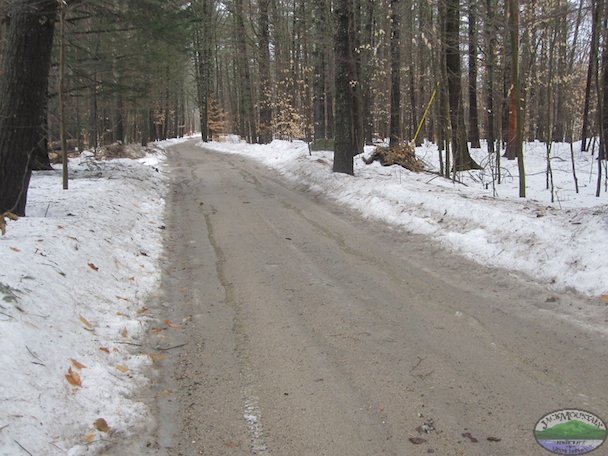 With the exception of a few short stints in school I’ve spent my entire life living on private roads. Before you think I’m getting uppidy, I need to explain that there are two different types of private road.

In fancy and affluent places such as Palm Beach or the Hamptons, a private road means pavement and security and gates and keeping out the undesirables. In rural places like northern New England, a private road means dirt and ruts, and that it is not maintained (plowed, fixed, or in any way taken care of) by the town or taxpayer dollars. It’s another way to tell those who choose to live there that “you’re on your own with that road.”

I’ve never lived on a fancy private road. Never had a gate or security; they’ve all been dirt. Currently, the road to our house in New Hampshire is entering that magical time known as mud season, where the dirt becomes mud as it thaws from being ice. And the private dirt road at the field school is still under 5 feet of snow. But when that melts, it will also be mud.

Whenever I go to town during mud season people ask me if I’ve been “out muddin'”, because the truck is covered in mud. It also gets like that after a patch of rainy weather. As someone who drives through mud by necessity, I’ve always been amazed at the fact that people do it for recreation. The real ironly lies in the fact that those people come to places like my road to spin their tires and make the ruts deeper. Then I get to pay (through check or sweat) to fix it. I’ve thought about doing something similar in their driveways from time to time, but have never followed through. Yet.

So if you’re out this mud season and find yourself on a poorly maintained road, go slow and don’t rut it up. The odds are there’s a guy like me who lives there and will have to clean up any mess you make.

Next: Sunset on a chickee in the Everglades.  It was camp for the night.  Just after…