Shared Adversity In The Bush 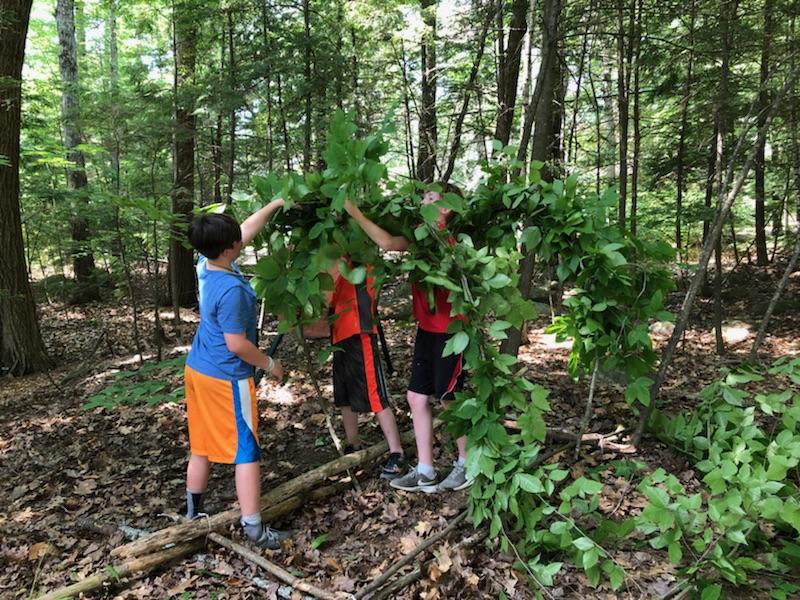 Soft skills don’t get enough attention in the outdoor industry, and when they do the skills are often presented out of context. Things like trust falls, and other team building exercises are great for certain settings, but I’m of the opinion that if you’re in a setting where outdoor living is the goal, those exercises are somewhat contrived, and much less effective than the “team building” that sprouts from simply living the life. Manufactured team building exercises leave everyone feeling great, but provide the feeling in a flash in the pan sort of way. On the other hand, any of the basic chores and tasks we accomplish on trail not only build camaraderie but do so in a way that burns slowly in a way that much more forcefully impacts the group.

The first example I’d put forth is our recent trip to the Bonaventure river in quebec. This isn’t an easy river by any means, and required all seven of us to be on our a-game the whole time. The paddling and poling was great fun, but the best moments tended to happen in camp, while working on simple things like gathering firewood, or cooking. Some of us started the trip havng not met some of our trailmates, but after seven days of working together to accomplish very basic human needs (Food, dry places to sleep etc) it’s hard not to see the bonds that are built. This wouldn’t have been possible without each individuals ability to interact well with the group. Talk all you want about “survival skills”, but I think that ability to let little things slide, and just enjoy each others company is the heart of living well on the trail.

Secondly, I’m running a course at the Libby Museum teaching young people outdoor skills. Yesterday while going over shelter building, three students impressed me with their ability to solve problems as a group. The issue they ran into was a simple reality of being young. While trying to bend the saplings we’d harvested into a hoop shape it became apparent that none of them were tall enough to reach both sides at once. It didn’t even take a minute for them to organize themselves into an assembly line of sorts. One in the middle, and one on each sapling so that they could easily bend the saplings down to be held by the student in the middle, then all three jumped in on wrapping them together. It was such a simple thing, but to see them overcome this issue without any input from me was incredible. Those three students have never met each other before this week, but are already working as a cohesive unit, not by playing at team building, but by actually solving problems as a team, and sharing in adversity.

Previous: Keeping Cool In The Water

Next: Morning Routine On The Trail | JMBV 096