The Drip of Reality 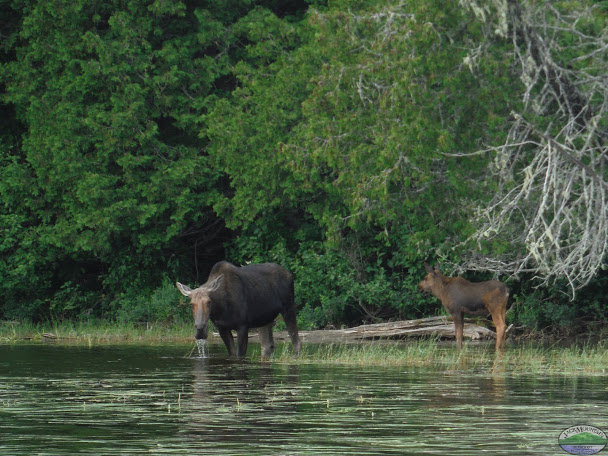 One. Last week I went to see a movie with my dad at a classic old fashioned and equally rural theater in northern Wisconsin. The day was a mix of heavy wet snow, sleet and temperatures probably near thirty, this is all vital info, trust me. When we sat down there looked to be a steady, well drip is too little and flow is too much, a steady column of water dribbling through the acoustic tiles in the ceiling and falling in the seats a dozen rows in front of us. We commented on it, figured it was the heavy wet snow and didn’t really pay it anymore mind. As we were leaving my dad said that he thought about it and concluded there was no way it was water and instead suggested an alternate theory of the sparkly column: it was instead a long streamer of some sort of reflective material that was perhaps left over from a birthday party or such. I was dumbfounded at the implications.

Two. Last summer I was fishing in south central Montana with a friend who has put in the hours trout fishing to be called a good to accomplished fly fisherman. We were working a small freestone creek sight fishing for cutthroat trout who were, if not eagerly, then at least suspiciously attacking a thin caddis hatch. Now, I have spent a good deal of time looking through polarized sunglasses looking for what amounts to river ghosts, fish so brilliantly camouflaged to appear to be more stream bed than fish, but that day I was blind to facts.  As we rounded a large boulder we saw a plunge pool that to me seemed to be too rugged at the pool end and too shallow in the quickwater after the pool to hold fish. But where I was about to walk hid a pod of 8 or so cutthroat finning in the shallow water picking off the occasional caddis, fish that only remained where they were because my buddy saw them and caught me before I oafed the fish into total panic. How often do we stumble into a situation because we didn’t understand what was really going on?  How often do we assume a reality that is based on faulty observation?  Where something doesn’t appear to be, something usually is.

The world is a complex place; our brains are held at capacity taking in and processing all we admit through our 5 senses combined and referenced with all we have experienced in the past. From this bouillabaisse of information and experience we form our version of reality, or our understanding of life. Big topic I know for a short blog.

I admit to having only peeked through the crusty veneer of this black hole of philosophical thinking and theory, but I do know when my reality is challenged and it can be startling. As we left the theater we were talking about how often throughout our lives or days for that matter we take in observations, deductions about our surrounding and even formulate conscious thoughts of what we are experiencing that are, well, just plain wrong.  Maybe it’s the processing that is faulty or perhaps it is our understanding of what we experience, but either way what my dad and I were facing were conflicting realities. It is like that psychological experiment with the guerrilla in the room of people passing a ball around, we sometimes don’t see what is staring us in the face.  Check out the full experiment here: http://www.theinvisiblegorilla.com/gorilla_experiment.html

What really got to me was the fact that I saw the water, talked about it, noticed some other ceiling panels that were broken (indicating chronic leakage) and even deduced a reason for the leak. What never occurred to me is why there was no noise of the water hitting the ground, how the people sitting a few rows away didn’t seem to be affected by the water which assuredly would have splashed on them and finally why the theater would allow us in there with such a health hazard. I saw, processed and built my reality around what I saw, but what if I was wrong? How many times do I do this in my life with more important scenes than a leaky movie theater? Doesn’t this change my understanding of life if my reality can be so easily changed?

*We will at this point not get into plural realities

Keen observation is a key to getting a truer picture of life around us and this is no more apparent than when it comes to understanding Nature. Becoming a good observer and therefore being better able to construct a reality around what you’ve experienced out in the bush requires not only a cursory knowledge of the flora, fauna, weather and the ecosystem, you also must be able to interpret what those signs are telling you. For example, if you see a flock of geese flying south, it is good to know they’re geese and mighty tasty to eat, but more importantly that winter is coming and you better start building up that wood pile. The concept of eco-semiotics works to explain how we read and interpret those signs we see all around us everyday in Nature, from the movement of clouds, to the bars on a wooly bear caterpillar to the flow of water down a mountain, over a ledge, into a plunge pool, through the gills of a cutthroat trout and swirling around the felt soles of a hapless fly fisherman.

I should have been able to read the disturbed surface of the water telling of submerged rocks that hold fish, in the bubbles of oxygen created by the fall which fish need to breath, by the substrate of the river which held a good array of rocks and other debris that provide for ample aquatic insect life and subsequently food for trout, in the lousy weather that told of an insect hatch and active trout and also, and finally by the actions of my fishing buddy who was my final tip off that there were trout in that water.

We as a culture are the same; not very good at reading our surroundings and therefore apt to miss things that might be good to know, like if we are about to scare a pool of trout or perhaps how to read the weather and the stars to find our direction or way home. Essentially what I am saying is that we build our concept of reality partially on what we experience, but what I am concerned about is what happens to our collective reality when we no longer can read Nature, does Nature still exist? Can we even begin to have a conversation about conservation or preservation if what we are trying to save isn’t even part of our reality? Where does Nature go if it is no longer in our working reality: myth, theory, history, buried in legislation or crammed in a test tube?

Henry Thoreau said in Walden’s chapter Higher Laws “Perhaps I have owed to this employment and to hunting, when quite young, my closest acquaintance with Nature. They early introduce us to and detain us in scenery with which otherwise, at that age, we should have little acquaintance. Fisherman, hunters, wood-choppers, and others, spending their lives in the fields and woods, in a peculiar sense a part of Nature themselves, are often in a more favorable mood for observing her, in the intervals of their pursuits, than philosophers or poets even, who approach her with expectation.” Understanding Nature is not a practice to be left to the, as Thoreau says, “philosophers and poets” nor is it safe to be left up to the sterile hands of science. Where the former creates realities of fancy and romance, the latter creates it out of resource and quantifiable division. It would be like claiming to understand an apple from the study of an oil painting or from the counting of apples on a tree.

To be a naturalist means to have a reality of Nature built on first hand experience on both the micro and macro levels. Henry was good at that. We need to eat the plants we wish to save.  Drink the water we protest to keep clean.  Talk to the woods and listen to the lakes…so to speak, as they say you can listen with more than your ears and talk with more than your tongue.  The challenge many face today is an imbalance between fact and experience. We are inundated with access to data, but we are rapidly losing the places to put that data into practice. As a culture, as a people on whole we need Nature infusing our concept of reality, no matter how imperfect or brittle that reality may be.

Next: The Thin Veneer And The Real World