Tracking, Storytelling, And Connection To The Winter Ecosystem 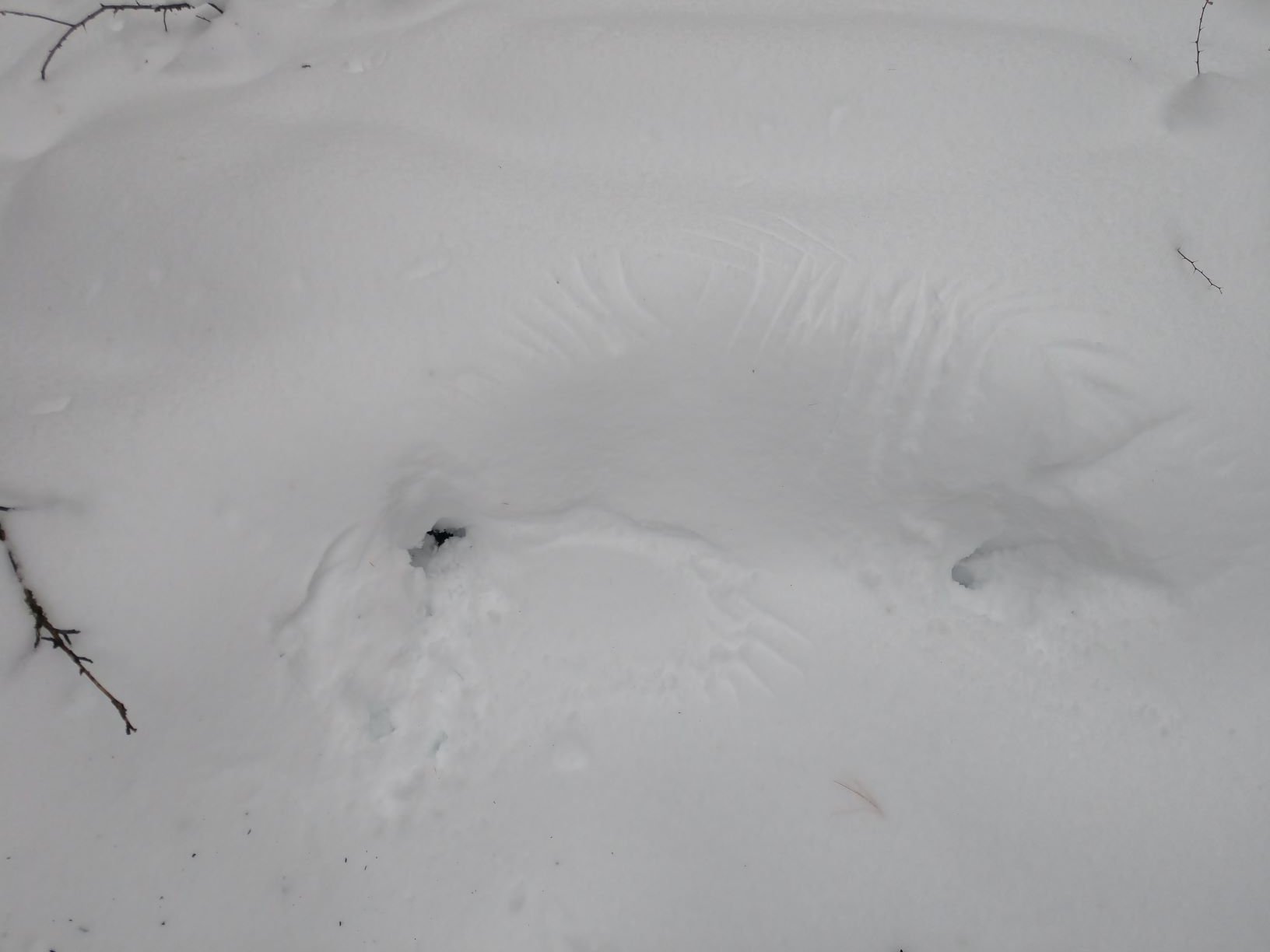 This time of year is supposed to be spent with friends and family, but with the current state of the global pandemic that isn’t necessarily a reality. In the last few days I’ve talked with quite a few friends about participating in the same traditions they usually do, but the rituals feel hollow without people gathered around for them. It’s been on my mind for the last week or so. This morning I read “The most of it” by Robert Frost. Frost uses the poem to talk about humanity’s search for fellowship and how often we miss those desired connections because the focus is too narrow. The subject of the piece is disappointed when the only answer he receives to his cries is a Stag.

His point I think is that paying attention to the bigger picture of the natural world is an important tool that all of us could use a little more of, and while winter has a lot of things about it that makes us feel isolated (especially this year), I’d argue that if you’re participating in the natural world this time of year, you’re more likely to be reminded of just how surrounded by life you are.

For one thing, most animals don’t blend into their surroundings as well in winter as they do the rest of the year which means if you spend enough time quietly out of doors, I’d be willing to bet you’ll interact with a lot more wildlife than you usually do. Pair that with a deep dive into winter ecology study (I recommend “Winter World by Berndt Heinrich), and how those animals solve the same problems we do in the winter (warmth, food, etc) and it’s pretty hard to not see a little web of life outside your door that you fit right into.

But the easiest way to feel part of the ecosystem this time of year came to me on a hike a few days ago. I came around a bend and found owl landing prints around a series of mouse/squirrel holes in the snow. I spent about twenty-five minutes walking around the area, looking for more sign and hoping to learn a little bit more about the animal neighbors’ comings and goings

Tracking is innately human. It’s arguably the first abstract thinking we ever participated in as a species and is likely a part of why story is such a big part of human learning. Tracking is telling a story in your mind about what you see, and it’s hard not to feel a connection to the woods you’re in while taking part in the exercise. So if you’re feeling disconnected this holiday season, as a lot of us are, take a walk. It might not solve everything, but you’ll likely find some company you didn’t know was around.

Previous: Gratitude On The Shortest Day Of The Year

Next: Family Bushcraft Week On The Schedule For 2021