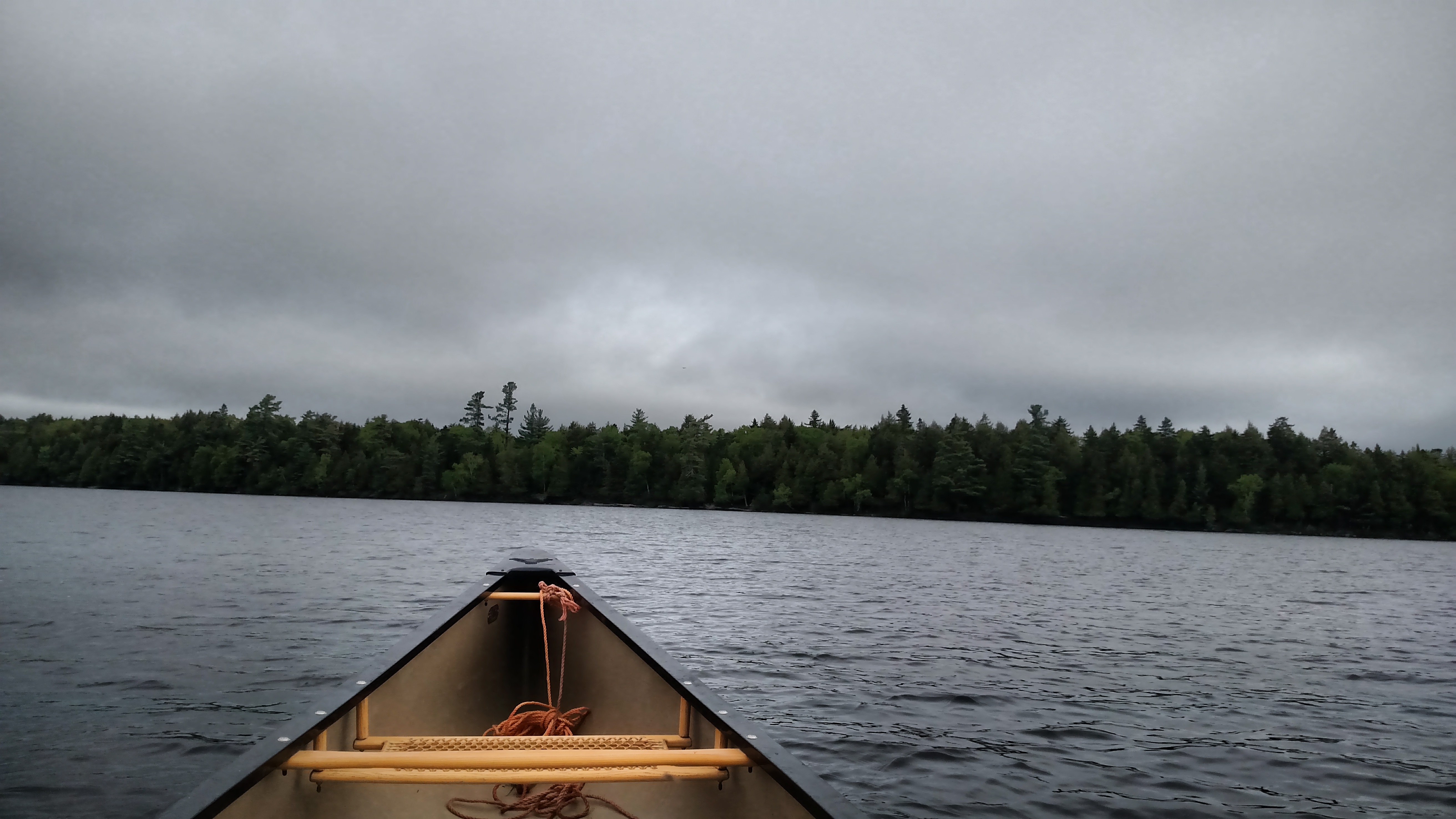 Last week I covered our canoe trip up to the last stretch. Now I’m going to write about our last day. Buckle in.

On our seventh day, we woke up to relatively warm weather, and packed up camp as fast as possible. Everyone, including myself, was in a rush to get paddling and let some of the cabin fever that’d built up flow off into the river as we left the miles behind us. Our initial plan was to do an eight day trip, but Tim looked at the weather, saw a strong tail wind and really pushed us through to the first place we stopped.. I’d like to write about something we saw along the way (if only to stretch out the suspense more) but the truth is, we became so tunnel visioned on getting back, I can’t remember anything other than paddling

Let me explain something before we really get into the day. Running a canoe trip, or any outdoors expedition isn’t just going out and enjoying things lackadaisically. You need to be constantly gauging the weather, the mood of the group you’re guiding, and keeping tabs on any potential problems and trying to nip them in the bud if you can. For us? Our problem was, in retrospect, somewhat funny. At the time though, it was a genuine issue that needed to be addressed. There are a few of us that are smokers. The few days stuck at camp impacted how quickly people went through snacks, packs of cigarettes etc. It’s not that they had planned poorly, they simply hadn’t accounted for the extra time spent sitting around the fire waiting for the weather to break. This, in my opinion greatly affected how out final day went. Not in the sense of negative or positive. We burned though the miles, not because  we had a deadline set, but because we set it for ourselves collectively based on the needs of our group. As I said, a person running out of cigarettes and paddling madly to get more is funny, but it was also a good stand in for a real emergency. We all had to make a decision, and commit to it entirely in order to not be caught on the river after dark. 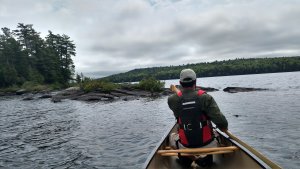 All in all, we paddled thirty-five miles that day. Understand that some of us were still mastering paddling, and most of us had a basic grasp (at best) on poling. We really pushed ourselves, while keeping an eye on those of us who were falling behind and adjusting our pace to give them a break. Even getting to the point of switching out tandem paddlers to take over for people who had been paddling all day. (Including myself. Stupid boxer hands decided to lock up about ten miles out from the pull out site)You’ll notice I don’t have any pictures from the last day. I’d like to share pictures of the sights, or list off experiences we had with the world around us, but the truth is we didn’t pay much attention. (Ok fine. We saw a family of otters, and it was adorable. Don’t let that take away from my tale of man against weather, wind and wild though alright?)It was really impressive to see how much fuel we could pull from the bottom of our tanks when we needed to. Tim spent the whole time repeating the mantra “fatigue is a great teacher” and he’s absolutely right. As we got tired, we reassessed our paddle strokes, made adjustments and made them as efficient as we could. It wasn’t about brute strength, it was about endurance, and making every motion you have count. That’s all well and good when someone tells you. It’s something entirely different when your hands are blistered and cracked, your shoulders are crying for relief, and all you can do is minimize the movement and hope it’s enough of a break to get something more out of yourself.

This is the first time I felt the skills we’ve been learning all fall into place as parts of the machine that is guiding. The day to day work of cooking, and keeping up with camp duties happened naturally on the trail, and allowed us to focus on the actual skills of canoeing for long stretches, and making decisions as a group. All while taking into account the fatigue and other factors that make a group continue to not only function but function in a way that takes stock of everyone’s needs and addresses them while still meeting the overall goals of the group.

I wish I had a better way to end this, but
We paddled thirty-five bleeding, incredible miles in one goddamned day!

Ok. Back to my inside voice. Sorry, Im still excited. Don’t tell Tim or Paul though. They might make us do it again.

If you have any questions about the river we paddled, or getting into this kind of course, please don’t hesitate to email me.
Now excuse me. The blisters on my hands need attending to.

Previous: Canoe trip down the Aroostick River (Part One)

Next: Six Weeks In