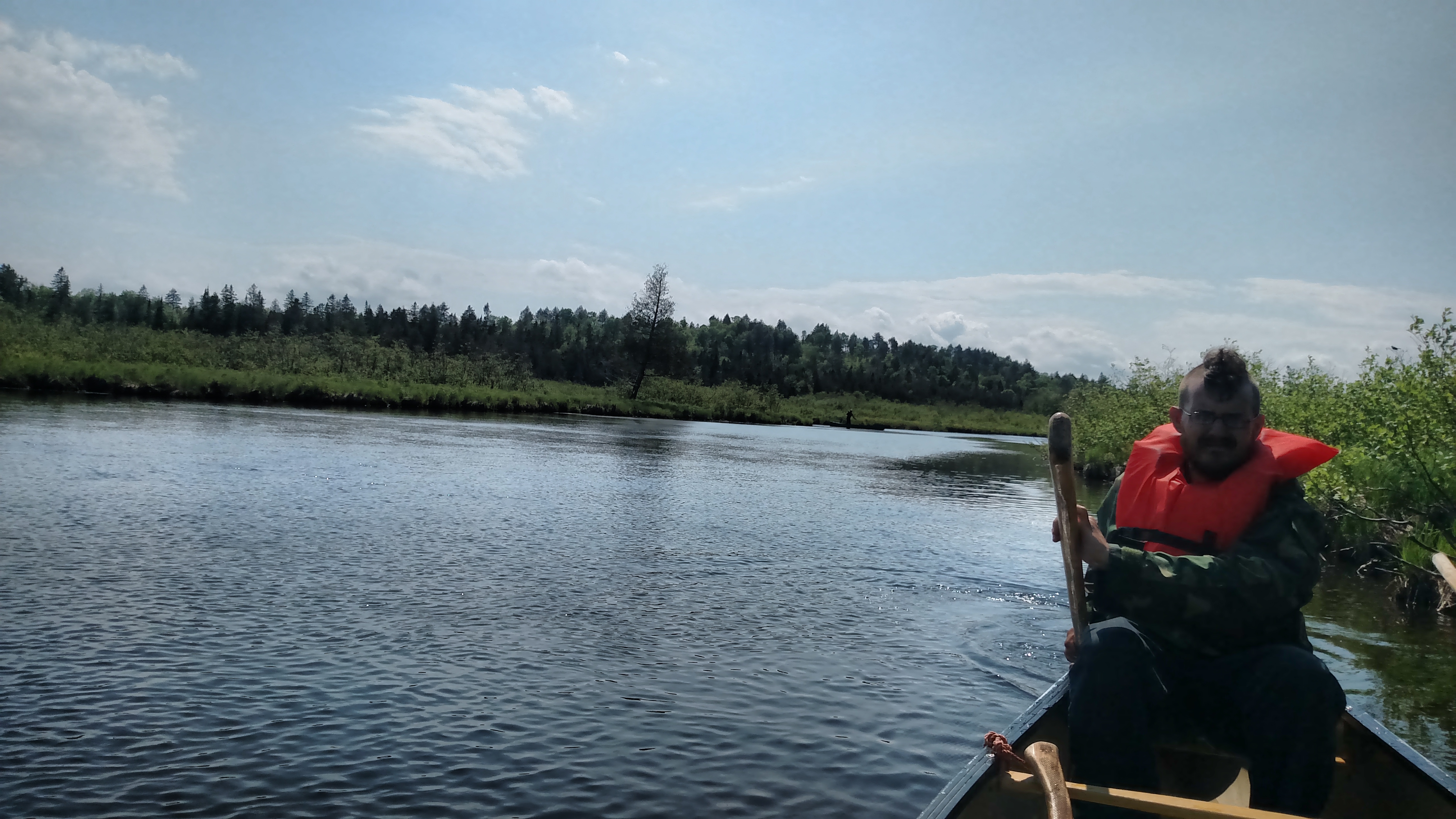 After a month of training, we went off on our first expedition. Fifty-two miles is nothing to someone who drives everywhere they go. An hour or so at most. I kept thinking about Shackleton and other’s trips in the days before we pushed off to start the trip, and feeling that fifty-two miles weren’t much in comparison. That’s the problem with basing a trip on how far you go, it doesn’t take into account the minutiae of daily life on the trail.

We set off from Chase lake and the night before I was shown by Paul how to set up a quick and simple shelter using a canoe. I was sold on the idea before I’d even tried it. There’s a sort of romance to the concept. Paddling all day, pulling your canoe out of the water and sleeping under it until it’s light out again, and then flipping over your home away from home and taking it with you to the next spot.

The first day we paddled out into Chase lake to the sound of the Loons that call it home. Some of us were still getting our heads around the strokes required to keep our vessels moving forward in a straight line. It can be tempting to put all your strength into each stroke, hoping that it will propel you forward faster, but canoeing isn’t as simple as that. Each “stroke” is a culmination of strength and calculation as you adjust the angle of the paddle blade to correct your course. The goal isn’t speed so much as it is the efficiency of motion. We only paddled about seven miles or so the first day, but it took us about two hours. Chase lake is deep, and the water hasn’t warmed up much, so our priority was staying close to each other in case someone flipped their canoe. 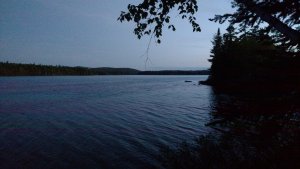 Once we reached our next site on munsungan lake, we set up camp and split off to pursue what interested us. A lot of people fished, some continued to practice paddling and poling a canoe, knowing that once we hit the river we’d be encountering rapids that required a bit of tact to handle in a safe manner. Poling a canoe is an old art, and one not many people practice anymore. It requires you to break the old adage of “don’t stand up in a canoe” and quickly factor in the angles you’re pushing off of, as well as keep an eye on any upcoming obstacles or turns. I’ll admit, that first day I allowed myself to get frustrated over it. Poling downstream can be done without a good understanding of the actions. It can become a controlled crash, because the current is propelling you forward, and all you have to do is turn so as to not hit any rocks or downed trees. Once Dylan and I turned around to head back to camp however, we encountered a completely different beast. Poling upstream takes a lot of forward thinking as you ferry between eddies slowly working yourself back up the stream. We also encountered a fairly strong Western head wind, which helped when we paddled across the lake, but became a challenge when combined with poling upstream. It took us about fifteen minutes to get downstream across the lake, and about an hour to get back to camp.

Camp life can become monotonous quickly and with boredom comes interpersonal tension. After leaving the munsungan lake campsite, we paddled another seven miles down stream. We set up, continued practicing and when some people were still struggling, decided to stay another night at the campsite. This was perhaps not the best idea. We woke up the next day to a cold, wind-driven rain that was too dangerous to paddle in. Most of us kept ourselves occupied by fishing or working on small projects for a while, but there’s only so much of that you can do before gathering around a fire becomes more appealing.

The thing about idleness being the devil’s plaything is magnified by camp life. If you don’t have anything to do, and people are on top of each other twenty-four hours a day, it’s easy to get under each other’s skin. While it never boiled over into outright conflict, tension fogged around us. It wasn’t helped by waking up to snow the next morning. All of were ready to get back on the river, and while we weren’t on any sort of real schedule, we knew we’d not even covered half the distance needed to get back to camp yet, and we’d been out for five days out of the eight we’d planned for. People were starting to get low on food, and since we all planned our own meals for the trip, there wasn’t any sort of easy fix on the students part if someone ran out. 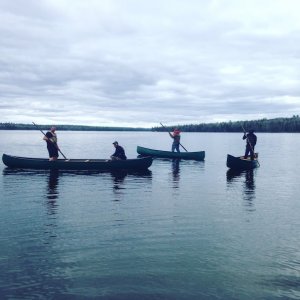 We made the most of the snow, however, hiking and exploring the area around camp. Personally, I’m glad it snowed. We learned a lot about the soft skills of guiding. How to ease tensions, manage risk as it arose and the art of, as Tim Smith calls it “holing up”. Sometimes in the field, all you can do is wait, and that’s counter-intuitive to some of us.

The best part of our snow day though? Hiking into a spruce bog. We spent a good two hours walking through the woods, identifying plants, and learning to simply be quiet in the woods. It was an incredibly beautiful setting, and I took the opportunity to practice photography. Taking care to focus on little moments framed by the larger surroundings.

After that, everyone crawled into their shelters and holed up for the night. We hoped for a warm day and got one. That day was so integral to my experience on this expedition that part two of this article will be devoted entirely to it.

Next: Aroostook River Trip Part Two. (Or “my hands hurt”)