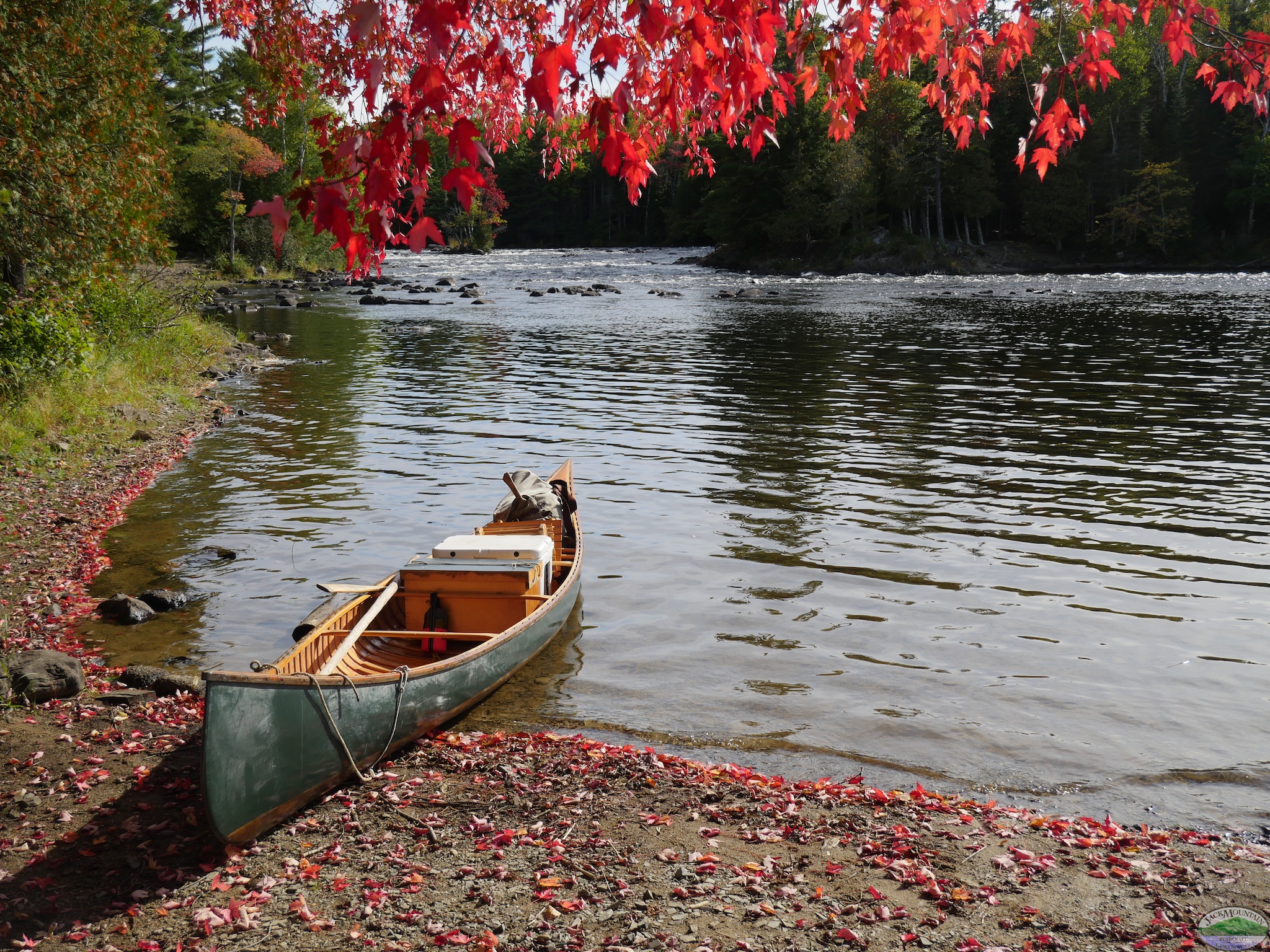 History is rarely hands-on, but traveling old canoe routes is history you can experience in person. Connecting watersheds, traveling to distant lakes or regions, poring over maps; I love all of it. The romance of hanging up the truck keys for a year and traveling by my own power is a fantasy I’ve entertained often.

I listened to a great story on the CBC this morning about historic portage trails in New Brunswick, specifically a trail that connected the Gulf Of St. Lawrence to the St. John River, allowing a traveler heading up or down the coast to not have to go around Nova Scotia. Recently there was another story (also on the CBC) about using technology to map the old trails and routes.

One of my favorite books on the topic is Above The Gravel Bar: The Native Canoe Routes Of Maine by David Cook. With my old copy of it and a Gazetteer, I’ve spent snowy afternoons planning trips from our base on the Aroostook River to locations all over the state. That’s one of the great things about Maine; I can read Thoreau’s The Maine Woods, then go to the places he describes and they’re as wild as when he described them.

One of my recurring plans is to open the old route from Churchill Lake on the Allagash to Munsungun Lake at the headwaters of the Aroostook. Thomas Sedgewick Steele wrote about it in his book Paddle & Portage, a chronicle of an early trip from Moosehead Lake to Caribou published in 1882. He called the overland section from Upper Portage Pond to Echo Lake the Osgood Carry. They went in the fall at low water. I’d go in the spring at high water. I’ve also considered this route as a snowshoe trip. A few years ago at a campsite on Chamberlain Lake, I had a discussion about opening up some of the old trails with Allagash Wilderness Waterway superintendent Matt LaRoche. He seemed to think it was an interesting idea and said that maybe after he retired he’d give me a hand.

As I’m writing this with a cup of coffee, I just took a 5 minute break and daydreamed about traveling the Osgood Carry. Tales of old trails do this to me. If they do the same to you maybe someday we’ll meet over a thermos of coffee and pore over old maps for a few hours, tracing routes with a pencil and uttering sentences that begin with, “What if we poled up…”

Next: Observing Patterns In The Natural World