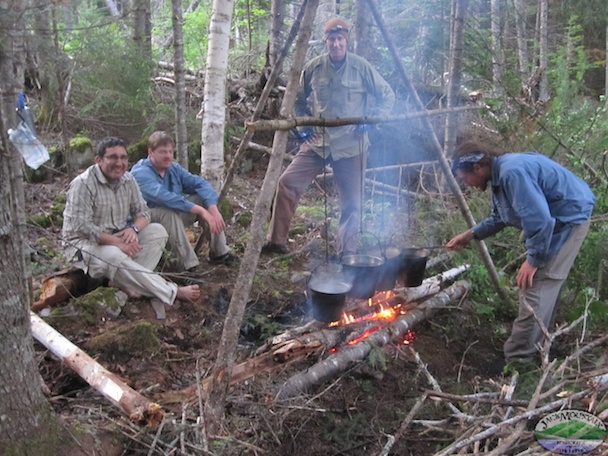 Our summer calendar for 2014 is much different than in years past due to moving the 4-week Wilderness Canoe Expedition Semester from May to July-August. Because of this move, I’ll be out on the river during the period we usually run several week-long summer programs. As a result, the summer programs have been scaled back. Today I’m scaling back a bit more.

The Wilderness Solo and the Wild Food Intensive have been cancelled for this year. Our lead instructor, Paul Sveum, had originally planned to run them at the field school, but recently had an opportunity fall into his lap consisting of 3 weeks of fly fishing in Montana over the weeks those two programs would run. I told him to get out there and fish!

I’d love to follow Paul’s lead and get away to Alaska or Labrador for some fishing one of these summers. Or maybe head west with Paul to Montana. Summer is so short, there’s never enough time to do it all.

Since I’m talking about our calendar, you should know that I’ve recently split it into separate sections for the folk school and the field school, hopefully making it much easier to read.

Lastly, if there are ever programs you’d like to see us run that we’re currently not, email or call and let me know.