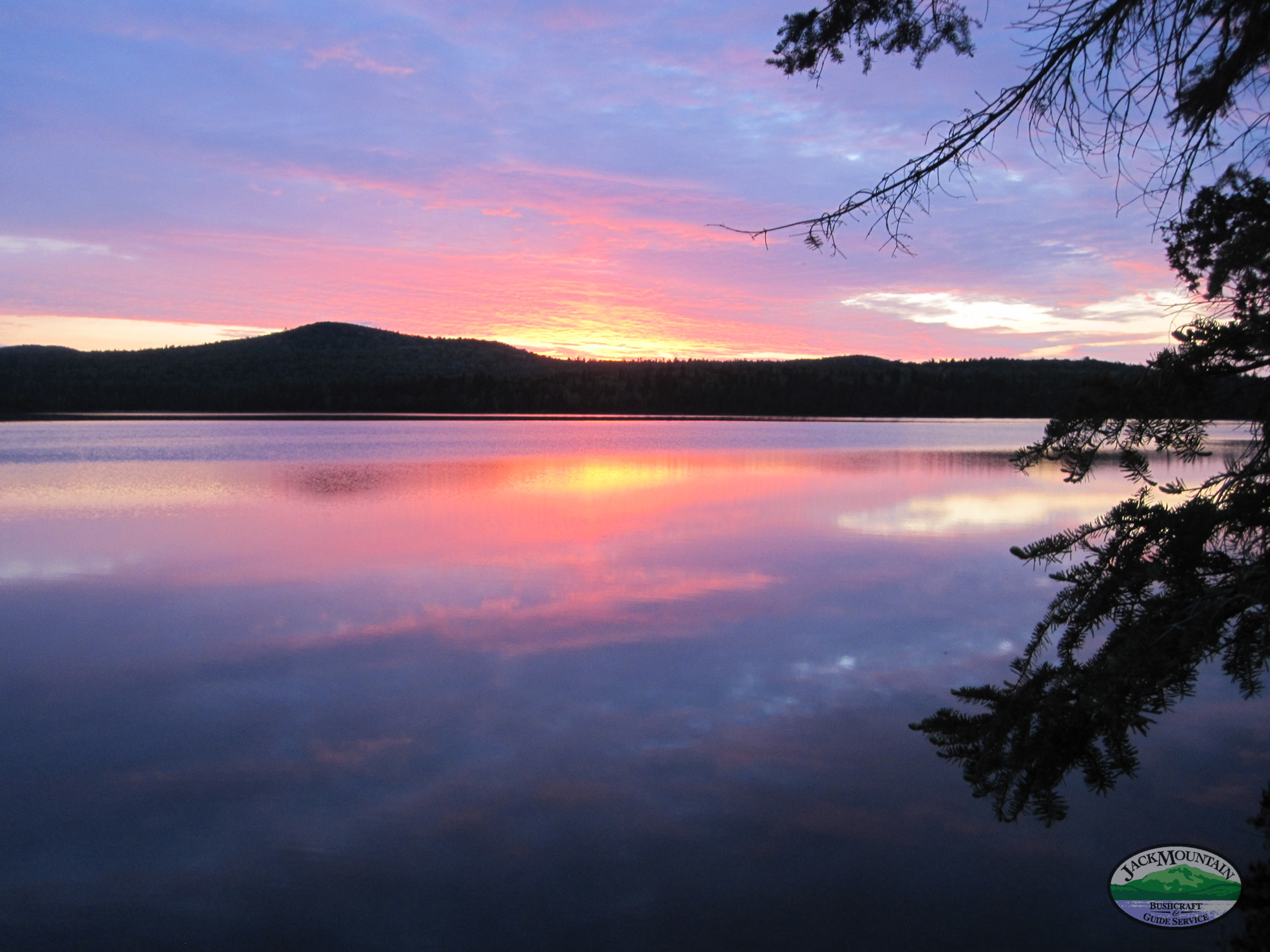 This morning we’re starting week four of the fall, 2020 Wilderness Bushcraft Semester. We spent last week camped on a nearby lake working on canoe skills. This week students will be building their second shelter and spending four consecutive nights in it. We’ll also be working on crafts such as building a bucksaw when you only carry the blade, carving netting needles, and beginning to make a series of deadfall traps.

We’re in the midst of a drought in northern Maine, with water levels in the rivers as low as I’ve ever seen them. I heard recently that we’re six inches below normal rainfall for the year. A result of this is an early foliage season, with leaves already turning color. Another result of the drought has been a poor fruit crop. Very few wild berries, apples, etc., this year.

Despite the lack of rain we’re getting into some of the best weather of the year. It won’t be long until the ground is frozen and covered with snow. I plan to spend as much time as possible before then outside enjoying it. I hope you do the same.