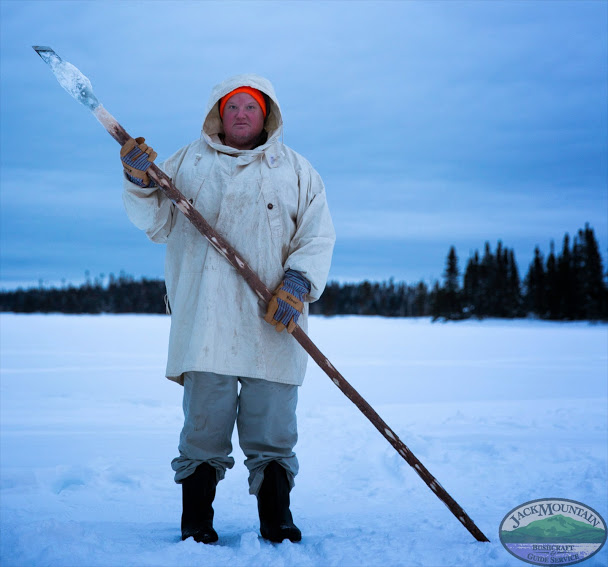 Although the snow is still more than waist deep and we have yet to hit mud season, today will be the second day in a row where the mercury tops 40 degrees F. Spring isn’t here yet, but it’s coming. So I wanted to take a look back on a really busy, amazing winter.

It started early this year, with a big snowfall before Thanksgiving. I shoveled out a place to cook Thanksgiving dinner in a dutch oven, and it was amazing, but since then I’ve shoveled more snow than I care to admit.

We had a great winter woodsman course at the field school in early January, the only downfall being that the bottom dropped out of the thermometer and it was wicked cold (the superlative of cold, used as part of the regional dialect here in New England to mean that it couldn’t have gotten any colder). It was a bit too cold for some of the participants who were new to the winter woods and had untested gear, but at the end of the week everyone still had all their fingers and toes, which is always good. As a result of the weather, we’re shifting the winter woodsman course to December for 2015.

The following weekend we ran winter survival weekend at the folk school, and had a great time snowshoeing through the woods, building shelters, lighting fires, etc. This also started below zero F, but warmed until it was right around the freezing mark for the ice storm that hit Sunday afternoon when everyone had to drive. We did suffer a medical issue, when Jack Mountain’s own Lucky the dog got into an acrimonious discussion with a porcupine. A day and an expensive trip to the vet later, Lucky was sleeping off some pain killers while we were getting ready for our trip to northern Quebec.

We spent a beautiful week with David and Anna Bosum in a bush camp for the final week of January. Highlights included eating lynx, beaver, goose and host of other bush meats, as well as listening to David tell stories at night. Those trips never get old for me.

After a whirlwind drive south, most of our small group gathered to watch the Superbowl. It’s always a bit surreal coming out of the bush in the winter and back to the world. Jumping right into watching the Superbowl, with it’s excesses, only makes the modern world seem weirder. One day you’re cutting wood in the bitter cold to feed the stove and keep you alive, the next you’re watching an overproduced media spectacle where everyone is very far from working on their basic survival needs.

The next week was spent preparing for the Boreal Snowshoe Expedition. We built a runnered sled and four plastic trail toboggans, bought, repackaged and organized the provisions for the trip, made sure all the gear checked out, coordinated everyone’s arrival at the jumping off point and packed the truck. Then we were off.

It was another ridiculously enjoyable Boreal Snowshoe Expedition. Although we faced bitter cold conditions, we were able to enjoy lots of cheap laughs as the crew went from winter novice to grizzled veterans of the winter trail. Two weeks is a long time to spend in a winter tent. The issue is no personal space, but our crew weathered this and we parted still smiling. Friendships are created fast and deep on the trail, and saying goodbye is never fun. We did it with handshakes and hugs.

The following week was the Wolfeboro winter carnival, and we ran a few short workshops. By this point the general fatigue was palpable. Personally I was really tired and run down.

Since then I’ve had a chance to catch up on sleep and rest, as well as spent a lot of time on my other job as a consultant on the tv show Naked & Afraid. As we’re well into March I’m also starting to prepare for our 30th bushcraft immersion program starting in April. There are a bunch of short workshops we’re running between now and then, and it’s also nice to have some time to just hang out with family.

Overall it was Jack Mountain’s busiest winter since we started running programs in 1999. As I sit and write this, I’m recalling all the amazing people I’ve shared the trail with this winter, and all the fantastic experiences we had. So as the temperatures warm up and the huge piles of snow slowly melt, I’m already looking forward to next winter.

Previous: Tending the cooking fire on the BSE

Next: Meanwhile our crack team of trackers have been scouring the remote corners of the north woods searching for sign of the elusive samsquantch