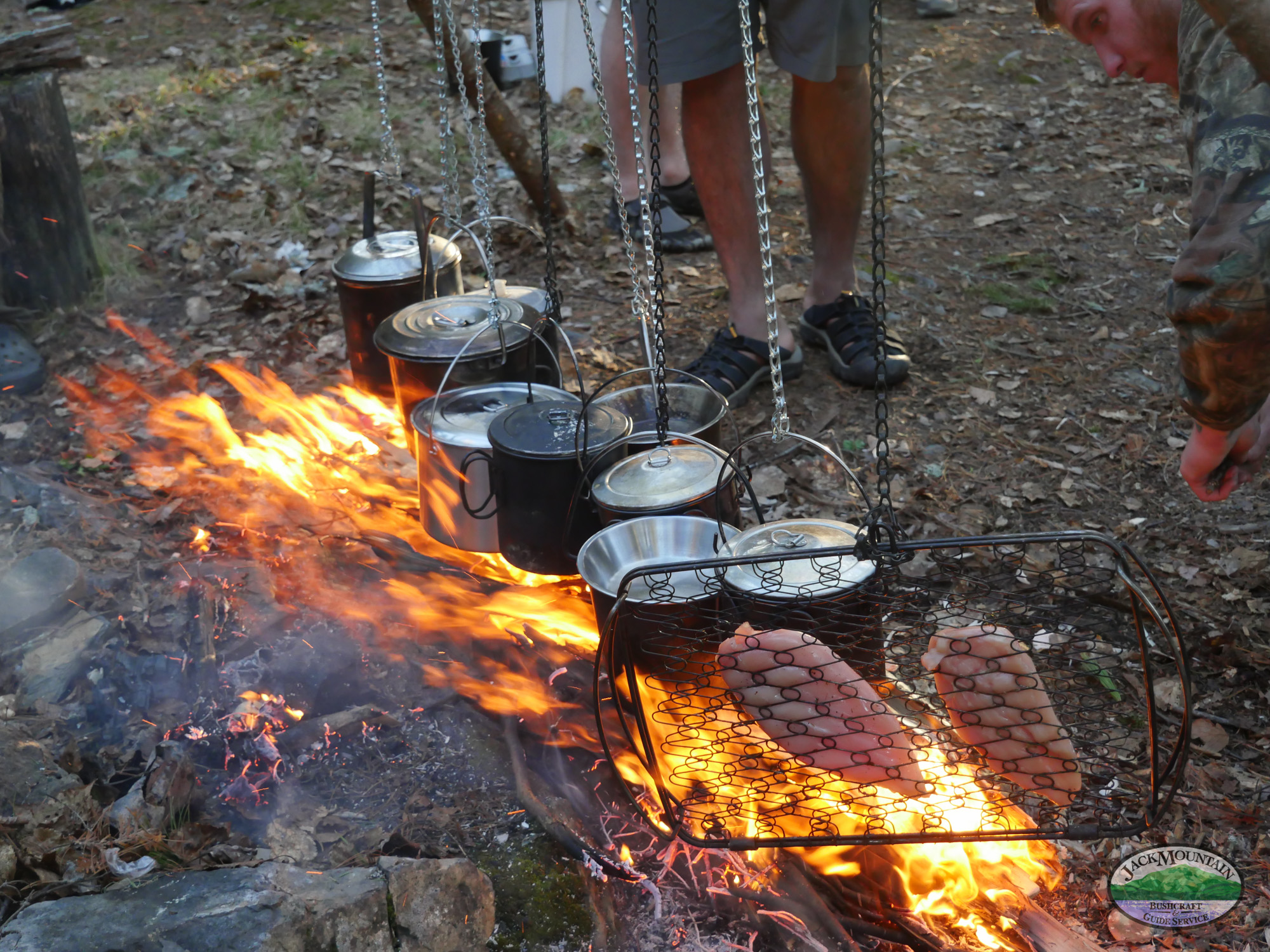 Hanging a pot over an open fire is a great way to cook outdoors. Over the years we’ve experimented with a wide variety of pot suspension systems and have arrived at four criteria by which to judge them. As we’re often cooking for and with groups of ten or more people, it’s important to note that while hanging one pot is a pretty simple affair, hanging ten or more at one time demands a greater attention to materials and construction details.

Our four criteria for pot suspension systems are simple, speed, sturdy and scale.

Simple: Some of the pot suspension systems in old books are incredibly complex with lots of moving pieces. Avoid these, as they’re harder to build and harder to adjust.

Speed: When you have the pieces, you should be able to assemble the rig in less than five minutes. At the end of a long day of guiding, you don’t want it to take half an hour to be able to hang your pots.

Sturdy: I’ve seen friction-based rigs that rely on a single point of contact. I’ve also seen these collapse when someone bumped into them, sending a full dinner into the fire. This is a bad idea. A good rig should be sturdy enough so that someone can bump into it, or better yet climb on it, and it won’t collapse.

Scale: It’s easy to hang a single pot a variety of ways. But when cooking for and with groups, the design needs to scale up in order to be able to hang ten or more pots at once.

These days we use two different pot suspension systems. In a fixed camp, such as our field school, we build a pyramid with a movable galley pole. On the trail, we build a tripod with a fixed galley pole.

If you’re going to be a professional guide and cook over open fires, you’ll need your pot suspension system to be functional and adaptable to every situation. By following design criteria rather than simply trying to replicate the pictures in old books, hopefully you get there sooner. 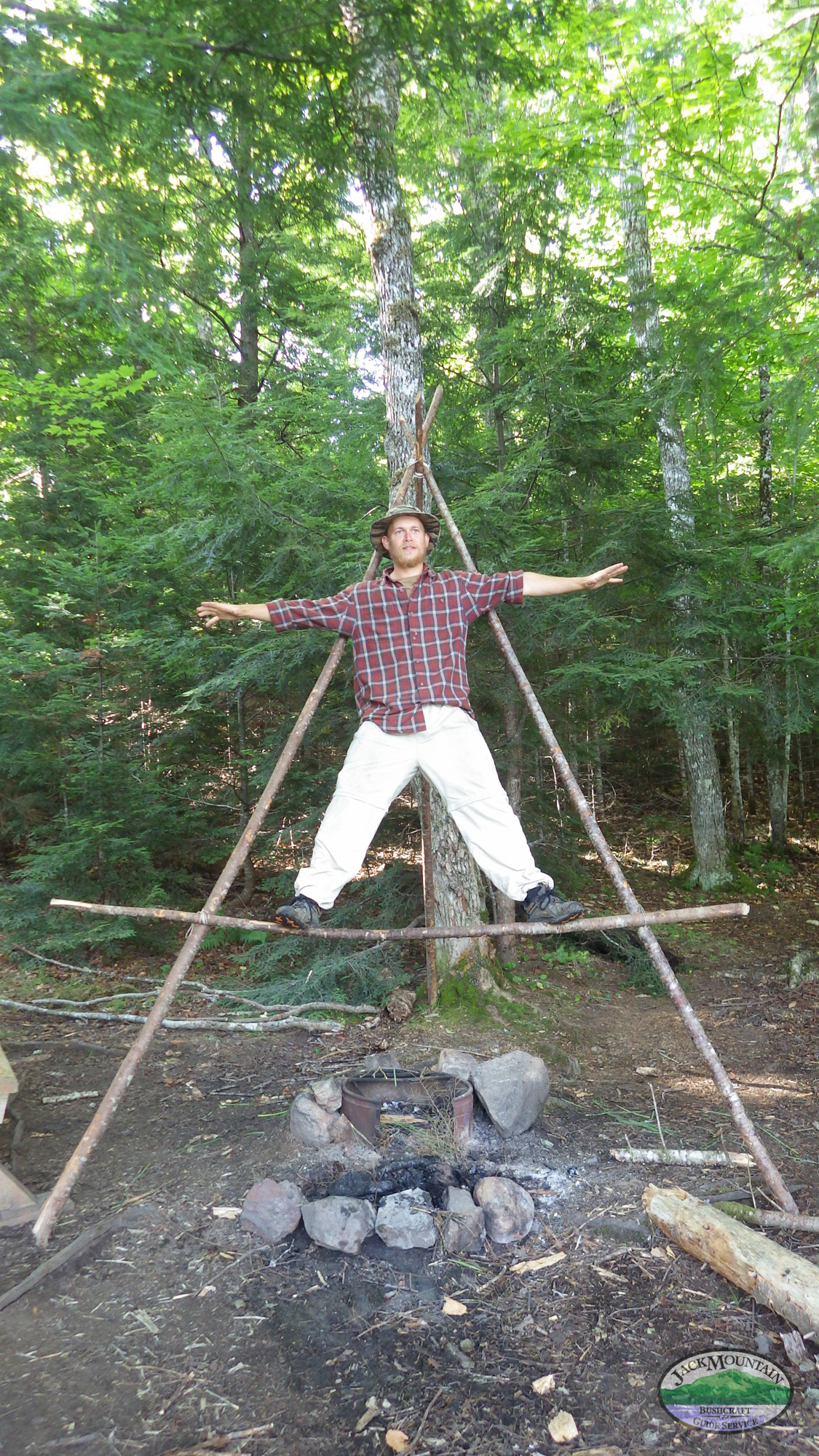 Previous: Hot Coffee And Doughnuts Over The Fire

Next: Forest Trees Of Maine – Get This Book