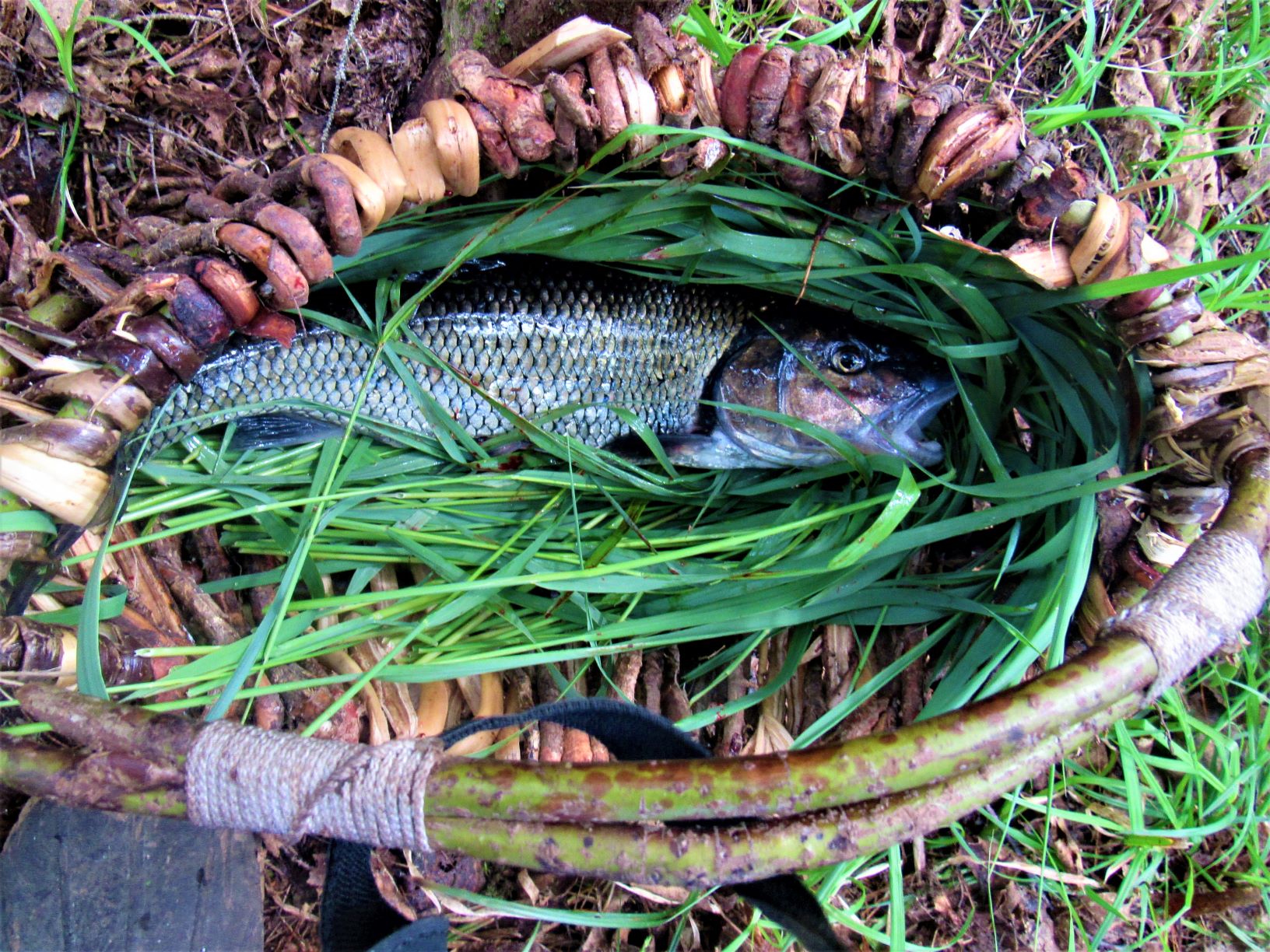 On our final trip of the spring 2021 WGTS we caught a lot of fish.

Unfortunately, the vast majority of those fish were chub. Creek chubs are a large member of the minnow family and have a tendency to get under the skin of anglers targeting brook trout in a lot of New England streams, rivers, and lakes. In my opinion, they’re fun fish to catch. They hit lures hard, fight like hell, and it’s fairly common to find them in the 12?+ size range. However, they’re not an easy fish to eat. They’re incredibly bony, and often that’s enough to turn people off of eating them. Because of that, and the fact that they like a lot of the same habitat as the more desirable Brook trout, Chubs have gained a reputation in Maine as a “trash” fish.

Like a said before, we fished pretty much every day of the trip, so we ended up with a lot of chub. Most of them got thrown back, but another habit of chubs based on their hunting strategy of opening up their large, toothless mouth quickly while approaching prey and creating a vacuum that sucks the prey down, is swallowing hooks. This means a few of the fish couldn’t be ethically thrown back.

So once you’re sick of picking bones out of your teeth, how do you make the most of these fish? If you’re prepared correctly, you make a traveling stockpot. We used an insulated thermos that we use for slow thermal cooking and kept our stock in it as we traveled. When we got to the next site, we’d pour it into the largest pot from my wannigan, and add anything else we’d found along the way. This included wild herbs, freshwater mussels, etc. What we ended up with was a base for meals like new England-style chowder, using evaporated milk to make a creamy, fat and calorie-dense meal, and a “Northwoods jambalaya”, with lots of creole/cajun spices, vegetables (wild and otherwise), and whatever else was around ( I spent a fair amount of time in Louisiana as a young person and have become a big believer in the idea of “er’ting” (everything) going into cajun style cooking)

I’ve never been on a canoe trip in the northeast, where chub and other less desirable fish weren’t readily available. As I said before, they’re fun to catch, an easy source of calories, and with a little creativity and a thermos, can make whatever meals you already have planned even more pleasant.

Previous: New Dutch Oven Recommendation For The Field School And The Home Kitchen