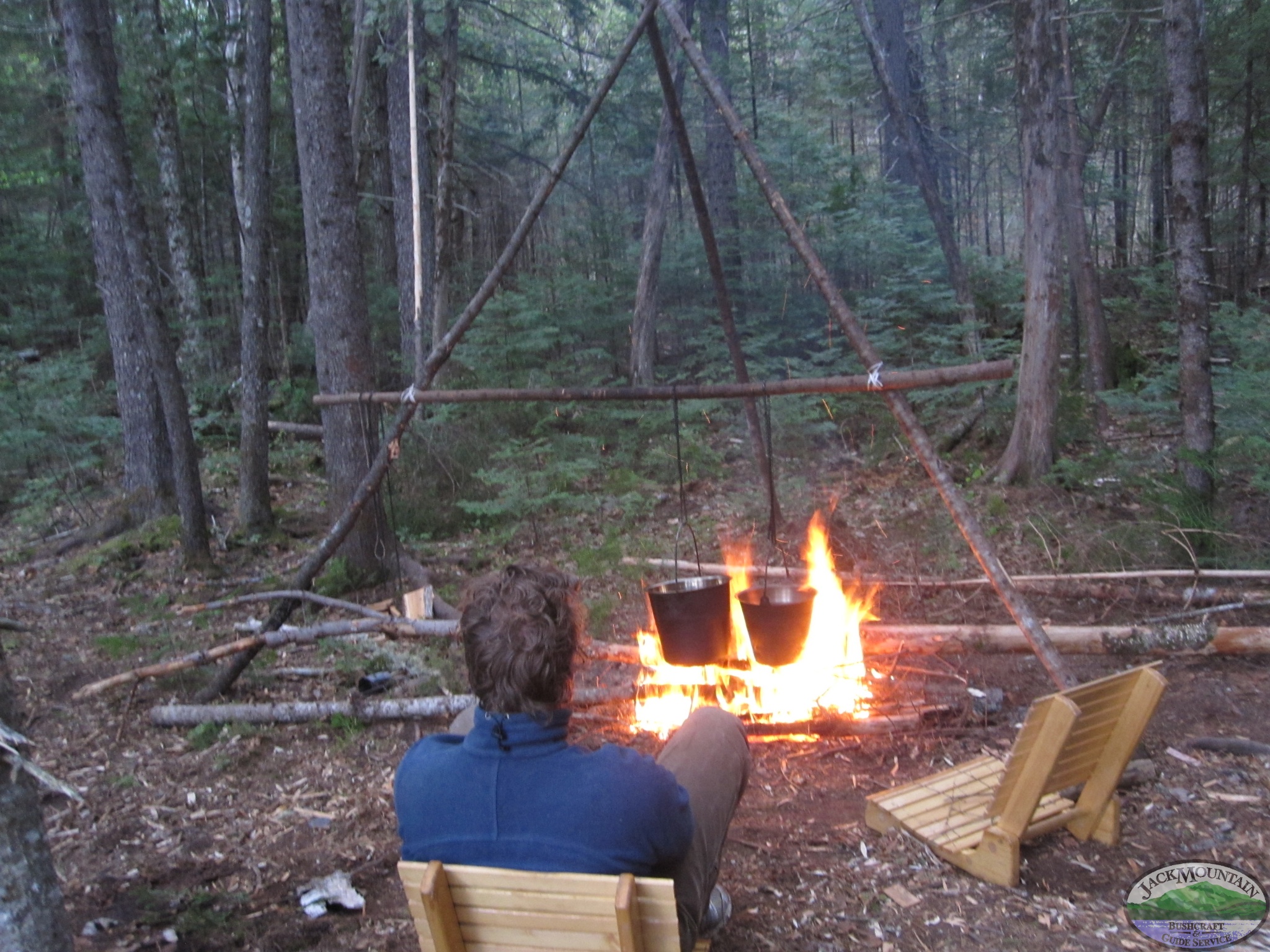 There are two main ways that people cook over a fire: suspend a pot from above or prop it up from below. Of course there are other ways, but these two are by far the most common. Of these, I prefer to hang a pot from above when cooking over an open fire because it gives me much greater control with regard to how much heat my pots are experiencing.

I’ve used a relatively small variety of post suspension systems over the years, but have seen countless variations at rendezvous and written up in old books. Some of them are simple, some are fancy, and there is a huge variation in how they perform.

Because of the wide variation, I developed three tests years ago by which I evaluate the different systems:

Most of the fancy rigs fail the sturdy test. If someone bumps into it, it falls apart. I’ve seen numerous people who were proud as peacocks when their fancy pot rig was boiling away, only to see them miserable a few moments later when someone bumped into it and it collapsed.

Just about all of the systems I’ve seen in old books fail the group test. Hanging a single pot is great if you and a companion want a cup of tea, but a single pot can’t handle cooking for a large group.

So, what does pass the tests? For the past 15 years, I’ve used the same two systems for 95 percent of my outdoor cooking, which covers close to six months of each year. When in a fixed camp, I use the pyramid of doom (it fails the fast test, but I only use it at fixed camps). It’s in a lot of the photos you’ll find on the Jack Mountain web site. When traveling, I use a tripod with a galley pole (as in the photo above). Both of these pass the sturdy and group tests, and the tripod with a galley pole also passes the fast test with flying colors.

There’s a big difference between setting up a pot suspension system in order to take a staged photo versus cooking for a large group day after day. These systems have proven their usefulness to me in cooking for groups in the field, year after year. So the next time you see someone using a pot suspension system you’ve never seen, before you adopt it as your new favorite see it can pass the tests.

Next: Self Reliance Workshop Series