Carrying Capacity Of A Trout River 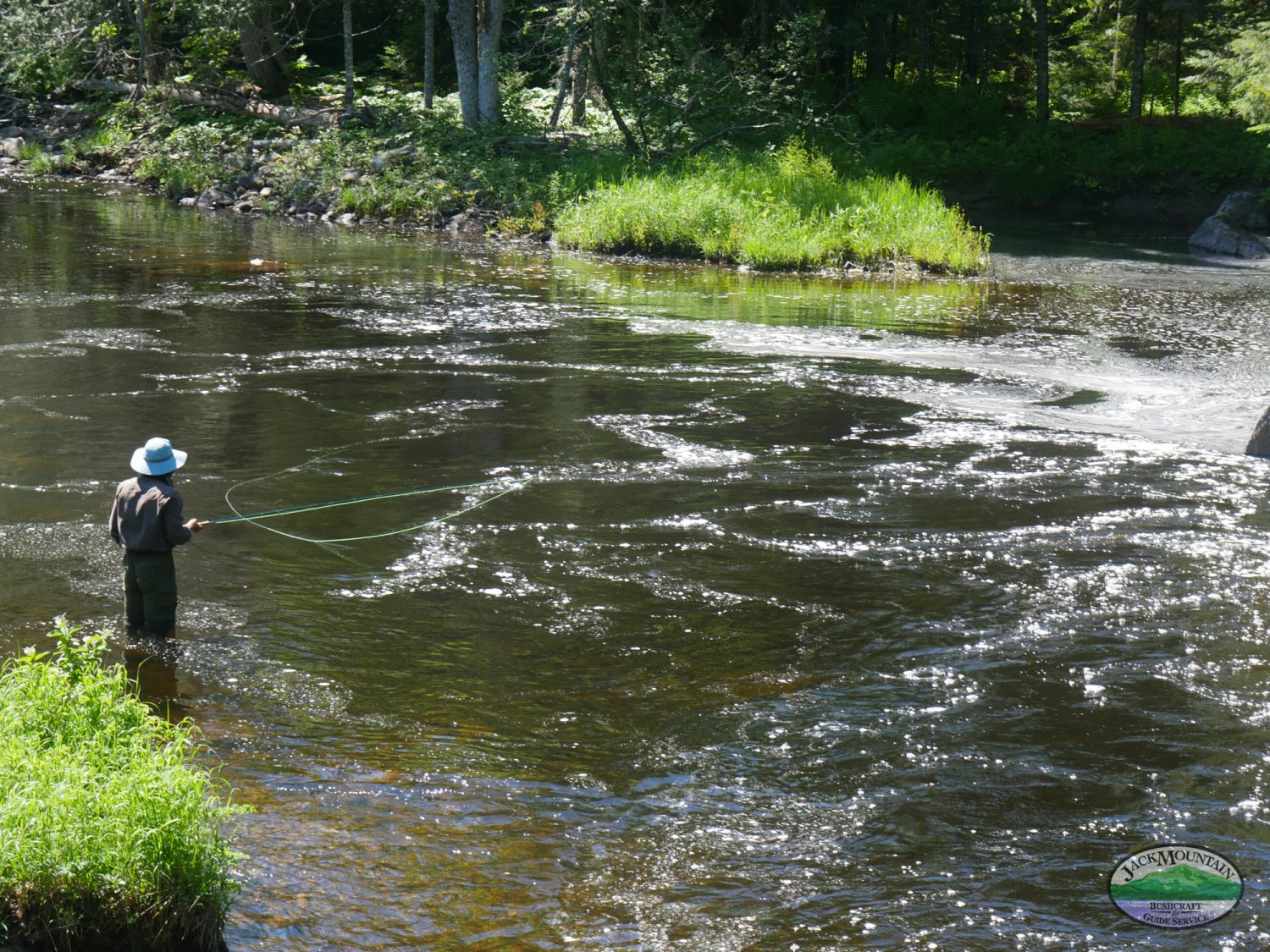 Late summer of 2017 has been marked by extremely dry weather and low water in the Aroostook river. We have a USGS monitor station here in Masardis just upriver from the field school, and today (September 3rd, 2017) it showed the river flowing at 74 cubic feet per second. That’s the lowest I’ve seen it in ten years.

All that changes tonight as we’re supposed to get close to an inch of rain overnight, with much more to come this week. It will be welcome, both by humans and fish.

Rivers have a carrying capacity; how many trout they can maintain with the resources the river provides. For rivers that get seasonally low, that carrying capacity is influenced by numerous factors. Two of these are inseparable, especially when it comes to native brook trout: water temperature and water level. When the water level drops, there is less habitat for fish to live in. Less water in the river also warms faster as it’s heated by the sun. People will argue about the temperatures, but trout feel stress when the water gets warm. Brook trout, which are native here in northern Maine, require the coldest water. They become stressed in the mid 60’s, and sustained water temperatures in the 70’s mean they’ll have moved to the cooler pools and spring holes.

One good thing about periods of low water is that it makes it easy to identify the spring holes; those deep, cold spots that hold trout during the low, warm stretches of late summer. These same holes during periods of higher water often hold the largest trout. As such, they’re good places to know.

As you get to know a river, pay attention to the seasonal cycles of low water. They will give you insight into how many fish the river can sustain, and to where they’ll be when life gets challenging for them.

Next: Crafting As A Necessity For Self Reliance | JMBP-E025