Hot Coffee And Doughnuts Over The Fire 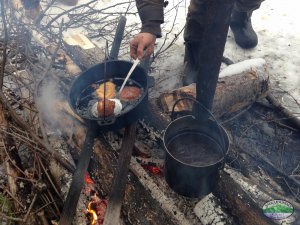 Hot coffee and doughnuts are a great combination, even better when made outside over an open fire. When I was a teenager, two of my friends made up a little song about this amazing combination after getting some of both early one morning at a diner on the way to go ice fishing. All I [...]

Updates, UMPI & Building On Land You Own | JMB Podcast Episode 52 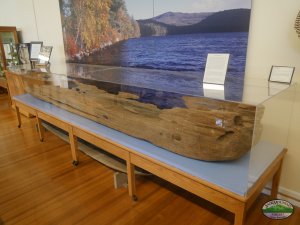 It’s been almost two months since we released a podcast. In this episode I discuss what we’ve been up to, tell some stories about the history of the folk school, and finish with talking about digital sharecropping, why we’re migrating all of our media to our own sites and why we recommend you do the [...] 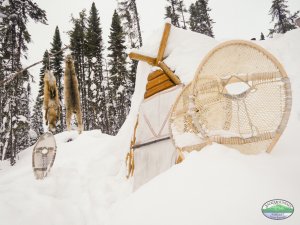 We’ve had a lot of interest in our March, 2019 trip to northern Quebec where we’ll live with our Cree friends David and Anna Bosum. We’ll be immersed in Cree culture for a week, learning about how they live. This video is an update on the trip, as well as a recommended reading list. For [...] 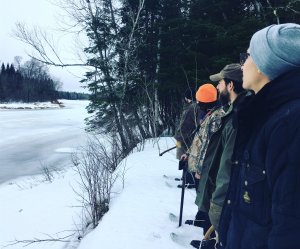 We’ve got 3 new courses running at the JMBS Folk School in Wolfeboro, New Hampshire in January: The JMBS Axemanship Course, Winter Survival in the North Woods, and The Art & Science of Fire. Each of them is a single day. They run on Saturdays in January (see the Master Calendar). I’ll be posting more [...]

On The Necessity Of Throwing Knives 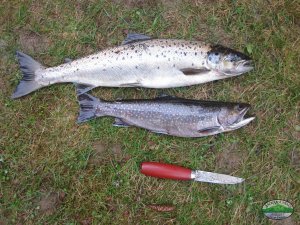 I’ve been rereading some of Bill Riviere’s books lately and am reminded of why I hold his work in such high esteem. A registered Maine guide who worked on the Maine border patrol during World War 2, he was also a prolific writer. Here’s his take on throwing knives from Backcountry Camping: On TV and [...]

The Most Important Ingredient Is Love. Happy Thanksgiving. 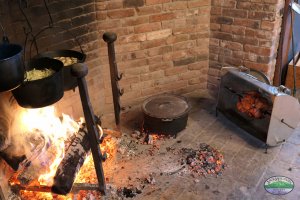 I took my daughter to a homeschool workshop at the Remick Museum in Tamworth, NH last Monday. The theme of the class was cooking on the hearth, or cooking on an open fire inside like they would have done in New Hampshire in the mid-1800s. It was a good experience with lots of dutch ovens [...]

Choosing An Axe, Knife And Saw For Winter Expeditions | JMBV 103 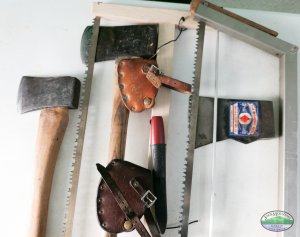 Choosing tools for winter programs with the Jack Mountain Bushcraft School in Maine and points north. In the video we look at criteria for choosing a useful axe, knife and saw for the winter trail based on year of experience guiding snowshoe trips. Specific gear looked at includes: Axes from Pole & Paddle Canoe  Axe [...] 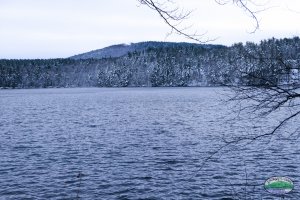 Scene this morning on Rust Pond at the Jack Mountain Bushcraft Folk School on the day before Thanksgiving, 2018. After yesterday’s snow, the white pines have their winter look. It’s beautiful here every day, but mornings like today remind me that this is no ordinary place.

Being A Talented “Bushcrafter” Does Not Make You An Effective Educator 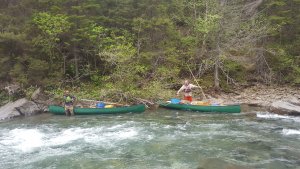 I recently had dinner with a few friends, one of whom is an accomplished touring cyclist, and builds his own bikes. As the conversation turned to this particular passion of his, he mentioned that even with all his experience and working knowledge of the sport, he struggles to explain or teach it to others. This [...]

Brushfire Rendezvous On The Calendar For 2019 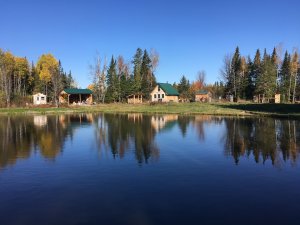 The Brushfire Rendezvous is on the calendar for Friday, October 11 to Sunday, October 13. I don’t have any details yet, but will be working them out. After talking to a few friends, we figured that 100,000 people was too many, so we’ll probably limit it to 40 or so. We’ll be running an introduction [...] 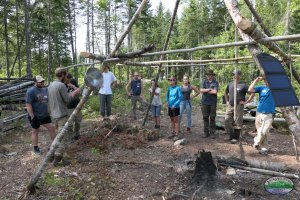 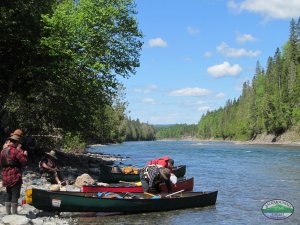 I’m renewing my Maine Guide license this fall, and the rules have changed. Included in the process now is a digital fingerprinting and background check. I heard a rumor from a game warden that the process is a response to people with criminal sex-offender backgrounds taking young people in the woods. While I don’t like [...]

“On The Trail: Canoe And Snowshoe Trip Journals” Now In The Kindle Store 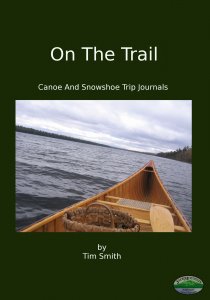 If you enjoy first person narratives of life on the trail, you might be interested in a book that I just put on the Kindle store on Amazon. It’s a selection of my canoe and snowshoe trip journals from Maine, Alaska and the Florida Everglades. Most of the essays are from the early days of [...]

Making Your Own Tools For Outdoor Living 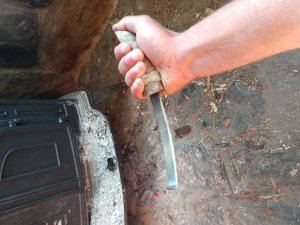 A simple toolkit should be easy to maintain once you know a few basic pieces of information about the components of the kit. Habits that protect the edges of your tools, how to put a good edge on the tool when it starts to dull etc. Sometimes though a piece of gear fails, and needs [...] 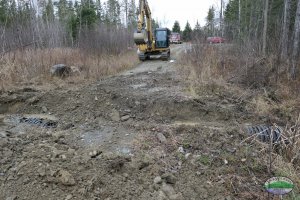 Replacing the broken culvert on the Moose Vegas Road at the field school. It’s been a long time coming, and will fix drainage as well as transportation issues. 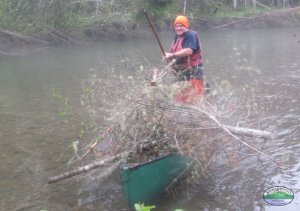 On a remote river shuttling firewood across the river. Because at any established campsite the good wood is picked over, but just across the river there’s usually a lot of it. This is the boat that was recently damaged in a wind storm, in action on the Bonaventure river in Quebec last June (2018).

Wind And Cold Kills A Canoe 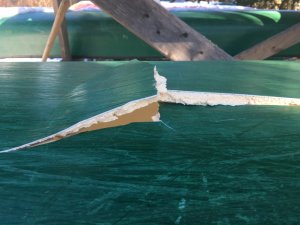 We had several storms over the past few days at the field school, resulting in the loss of one of our canoes. With temperatures below freezing and winds gusting to 50 miles per hour, several canoes were blown off of the racks, and one hull was broken. In the photo above, you can see the [...] 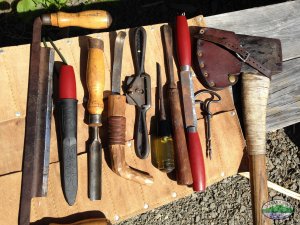 We just wrapped-up the Autumn Woodsman course after a great week of bushcraft and camaraderie. The Autumn Woodsman was new this year as a cold-weather, no-snow weeklong course. We had a great group, achieved all of our intended learning outcomes and also had a bunch of laughs doing it. Participants spent the night in individual [...]

Bushcraft And Outdoor Living Skills In The World Of “Experts” 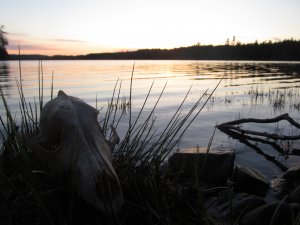 There’s a certain image that’s been created of the “bushcrafter” or “outdoor expert”. It usually involves a perception of this way of life as something difficult or nearly impossible to obtain for most people. It’s been cultivated by years of “survival” television and “man against nature” films, books and other media. Some of my favorite authors [...]