It’s Always The Man In The Arena 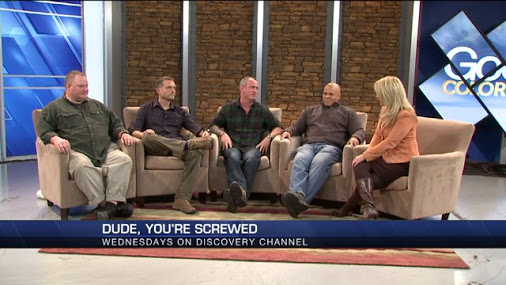 I just returned from performing in my son’s puppet show. He’s involved with a group that has a talent show every December. We go every year, and it’s always fantastic. I’m amazed at the maturity level of the kids involved. And the courage. There was a little girl who was going to sing a song. She was clearly terrified to be on stage, but she stood there for two full minutes while they worked on getting her microphone to work. Then she walked off the stage when the waiting got to be too much for her. I was, and still am, amazed at her courage. Yes, she didn’t sing the song, but she still went up and tried. There were other kids who were also scared that performed. Getting up and doing something, even when you’re scared to do so, comes pretty close to my definition of courage.  And those kids have it.

I have a few good friends and former students who were on reality tv survival shows this past year. I’m proud of them for what they accomplished, and disappointed, although not surprised, by the mean, stupid, and pointless comments they receive as a result. Unlike their anonymous critics, they used their real names and put themselves out there. (I’m a fan of using real names when commenting; anonymity facilitates trolling).

To paraphrase Theodore Roosevelt and go a step further, I’ll say it’s always the person in the arena or on stage who counts; it’s never the critic. Those kids on stage today, and my friends who were on television this past year, got up and did their best under sometimes challenging circumstances. And they gladly brought the rest of us along for the ride, challenges and all.

Critics, both on and offline, come with the territory if you go on tv, get on stage, or stand up and put yourself out there. While I wish they’d just go away, I realize it’s wishful thinking. The point of this post isn’t to silence the critics, but rather to embolden and inspire the creators; those people who put themselves out there, whether it’s on a tv survival show or that little girl I watched stand under the lights terrified. You’re the ones who count, not the ones who criticize. Keep up the good work of getting up and doing your best.

Next: No Figure 4 Deadfall Traps