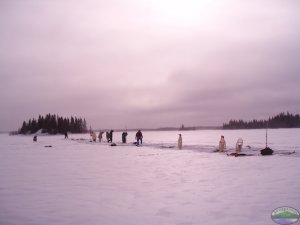 In this podcast I’m joined by Robbie and Yukon to talk about our upcoming Boreal Snowshoe Expedition, their plans to continue on to Minnesota for another snowshoe expedition, trip preparations, whether we’ll have cable tv in the bush, and if so, what size tv we’ll have. During the podcast we mention the video these two [...] 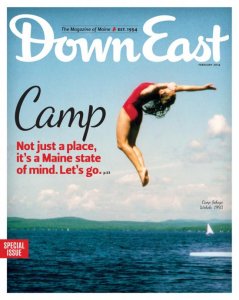 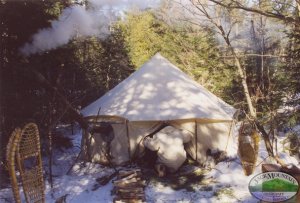 It’s no secret that I love the winter. When the mercury drops and the snow falls, most people leave the forests, not to return again until spring unless taken there by a gas-powered contrivance of some sort. It makes even a few acres of woodlot feel like a vast wilderness when the wind is howling [...] 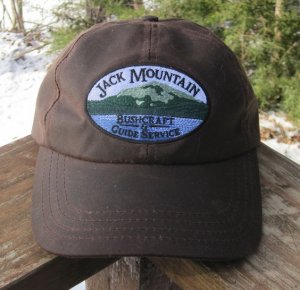 In 2004 we had a few (fewer than 40) oilskin baseball caps made up. They’ve since become highly sought after collector’s items. I hadn’t thought about getting any more made, but was contacted this summer by the wife of an old friend, who was also one of the few to have an original hat. She [...]

What would you do after a 2-week, northern Maine snowshoe expedition? If you answered… 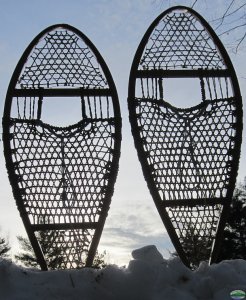 What would you do after a 2-week, northern Maine snowshoe expedition? If you answered head directly to Minnesota to go on another multi-week snowshoe expedition, you think just like the guys doing our yearlong immersion program. Paul Sveum, one of our instructors, is leading a trip across Minnesota’s Boundary Waters immediately following our trip in [...] 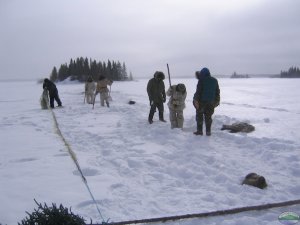 Just ten days until our 2-week Boreal Snowshoe Expedition. We’ll be taking to the woods of Aroostook County, Maine and traveling by snowshoe and hauling our gear on toboggans along the frozen waterways. Home will be several woodstove-outfitted canvas tents. This year we’ll be joined for a few days by guest instructor and my old [...] 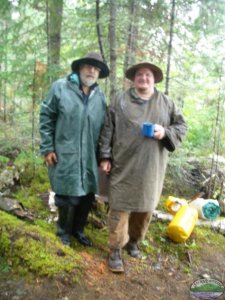 Eleven years ago I bought a rain jacket from Tentsmiths. They call it a Watchcoat and it’s made out of oiled cotton. I’ve always hated nylon rain gear because of it’s noise, and this one is quiet. I wear it with a wide-brimmed rain hat, and have used it hard every year I’ve had it. [...] 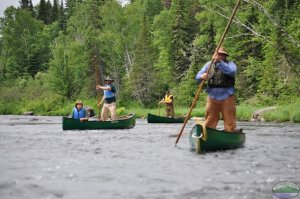 Our 4-week canoe expedition this summer will be very physically challenging. I’ve got six months to train for it, and I need to accomplish two things. First, I need to get stronger. I need to add muscle to my upper body, with an emphasis on my shoulders; they’re what gets sore after a week of [...] 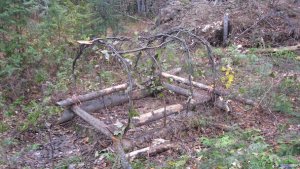 As of today, the Wilderness Bushcraft Semester running from April 20 to June 21 of this year is full. We could still have some cancellations, so if you want to be on the waiting list for the spring course let us know. The fall course is about half full, meaning there are 5 open spots [...] 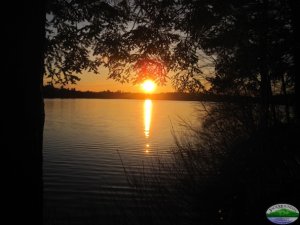 2014 marks a few milestones for me. It’s the ten year mark for me blogging. In 2004 my friend Shayne told me about blogging and even set up a blog for me on my site. It took me a while to wrap my head around it, but I used that blog for two years before [...] 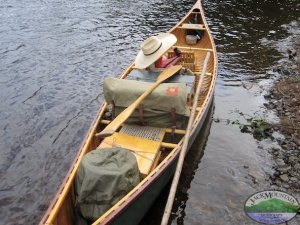 I wrote a while back that I was changing the format of the Wilderness Canoe Expedition Semester, our four-week Maine canoe expedition. I’ve felt for a long time that there needed to be more of a challenge involved. This year, there will be plenty of challenge. The Route We’ll be making a giant (about 270 [...] 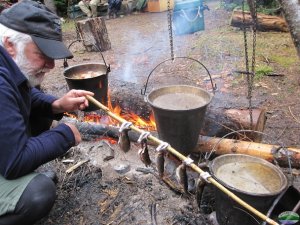 Beginning in 2014 we’re moving from email to a forum-based communication system for enrolled students. Email has become unreliable for us due to the volume of it that we receive, messages not being received due to filters, etc. Communication regarding future courses will take place on the forum. You’ll have to register to view anything [...] 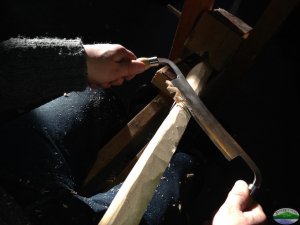 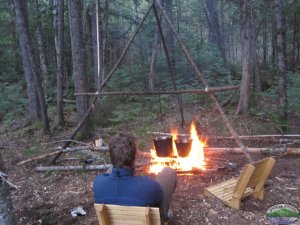 There are two main ways that people cook over a fire: suspend a pot from above or prop it up from below. Of course there are other ways, but these two are by far the most common. Of these, I prefer to hang a pot from above when cooking over an open fire because it [...] 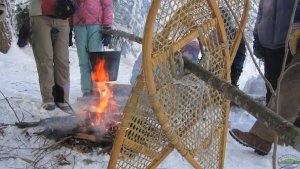 I’ve been working on putting together a new site for the Jack Mountain Bushcraft School where we can keep up with what community members are up to. We encourage our students to publish their logbooks, photos, etc., but up to this point haven’t had an easy way to keep up with one another. This is [...]

How To Live In The Woods For a Season Or Two, Legally 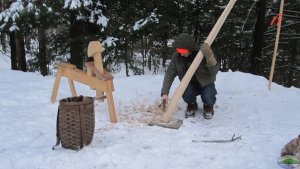 Is this the year you’re going to pitch it all and go live in the forest? Leave the corporate rat race and the city life behind and head for the quiet of the bush? I hear from people regularly who want to quit their job, sell their house and go live in the woods for [...] 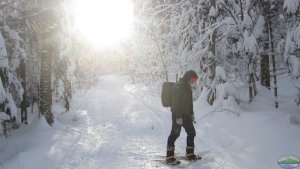 Highlights: January is named for the Roman god Janus, often portrayed with two faces; one looking back in contemplation, one looking forward in anticipation. It’s a month where I spend a lot of time in the office planning the details of the coming year, and also looking back at what worked and what needs to [...] 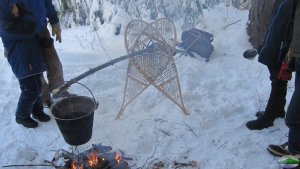 We ran our first School Of The Forest kids program this past Saturday during a bitter cold snap and with ten inches of fresh, powdery snow on the ground. The day was a mixture of bushcraft, nature lore and games, and even though we were constantly checking to make sure everyone was warm enough and [...]