The ESSP students and I had a busy day yesterday doing axework, working on friction fires, one-match fires, and going on a 3-hour plantwalk. The long-term shelters were finished, and last night we had a campfire and baked some sourdough biscuits in the stone oven. Everyone is excited to get out into the canoes today, [...]

Similar to past classes, I’ve set up a separate photo gallery for the 2006 Earth Skills Semester Program at www.jackmtn.com/gallery/essp2006. After the first two days we’ve got 14 photos, with lots more to come. Stay tuned.

Today was day 1 of our 10-week Earth Skills Semester Program. Each student is building a permanent shelter to use as a home base for the duration of the course. We’re building them to be large and comfortable one-person shelters with a raised bed, some storage space, and a small changing area. The design has [...]

Axes and a Job Well Done

In preparation for the semester class I spent yesterday cutting dead wood and making the bases for several shelter frames. I used an axe to fell the tress, all dead, and a saw to cut them to length. Using a saw instead of an axe to section trees I can get more useable wood since [...]

There are several large wilderness survival schools that have big reputations and have hundreds of people participate in workshops each year. We’re not one of them. Instead we serve a small number of people each year and really get to know them, since I see this as a vital step in learning how best to [...]

This summer marks the 11th year I’ve been composting human manure, or humanure, by a process outlined in The Humanure Handbook. It’s a simple system, with the only inputs being sawdust and hay, that has worked flawlessly for our school and home. To mark the anniversary, I’m reposting the original book review I wrote about [...]

Birds Seen In and Around Rust Pond, Wolfeboro, NH

In preparing for the Earth Skills Semester Program, I’ve updated and rewritten much of our nature study curriculum, including updating the lists of birds, plants, and mammals that are in this area. I’ll be posting the updated lists as they’re written, starting with a list of birds seen in and around Rust Pond.

If Some of These Look Familiar…

Today I reposted a bunch of blog entries that were lost when our site got hacked. I also added a “Past Favorites” section with links to the posts that have been the most commented about. If you have a post you’d like to see listed there let me know.

Yesterday I received my copy of “The Forager’s Harvest” by Samuel Thayer, subtitled “A Guide To Identifying, Harvesting, and Preparing Edible Wild Plants.” I spent most of the evening reading it and examining the many photos. My opinion is that it is as good or better than the best books on wild edible plants. The [...] 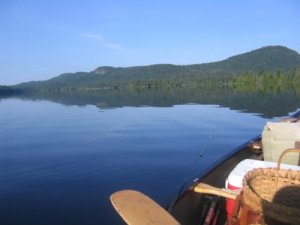 Last week I went on a solo canoe/fishing trip to Allagash Lake and Allagash stream. I put in on Allagash Stream above the lake, where it’s narrow and winding. There wasn’t a lot of water so I poled the entire way to the deadwater above the lake. As I was coming around a corner I [...] 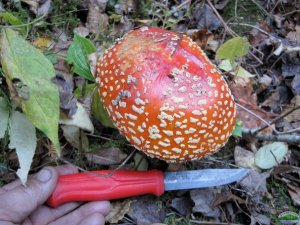 There are endless discussions as to what makes a good knife. Everyone has their opinion, and some people seem to be willing to defend theirs for hours. I’ve found that knives are kind of like dogs – everyone thinks that their dog is the greatest, and no matter how bad or poorly behaved it is [...] 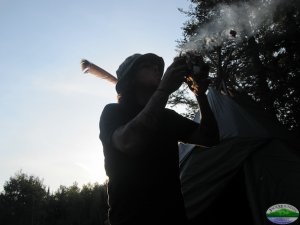 Becoming competent at lighting fires with a hand drill or bow drill takes time, sweat and blisters. But it can be done. There’s a difference between trying to get a coal and trying to master the techniques. Decide what your goals are before you proceed. If you want to get a coal, then drill until [...] 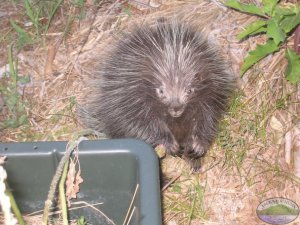 If you work as a guide or teach wilderness survival for any length of time, someone, or more often lots of people, are going to ask your opinion of those individuals who have elevated themselves to celebrity status in this type of work. I duck these questions and avoid these types of conversations, if only [...]

The Earth Skills Semester Program starts next week, and I’ve been busy getting prepared. This morning I put a coat of varnish on four canoe paddles, set up a new composting bin, and laid out where several new shelters will go. I’ve also rewritten our nature knowledge curriculum and have included common species of plants, [...]

I was in western Massachusetts this past weekend working with Frank Grindrod and a group of youngsters for a shelter-building class. They were focusing on debris shelters, building them during the day and sleeping in them that night. It was a warm, overcast day, with the sky foretelling the coming rain. With this type of [...]

New Blog Up and Running

We’ve got our new blog up and running, but it will take a few days to get it set up and customized.

We Were Hacked, But We’ll Be Back

Right after I left on my recent trip to Alaska our site was hacked and all 140 of my blog posts, stretching back several years were deleted. As such I’m looking into alternative methods of blogging since the previous software package obviously wasn’t secure enough. As soon as I get something up and running I’ll [...]